Bobi Wine again forced to sleep on the road 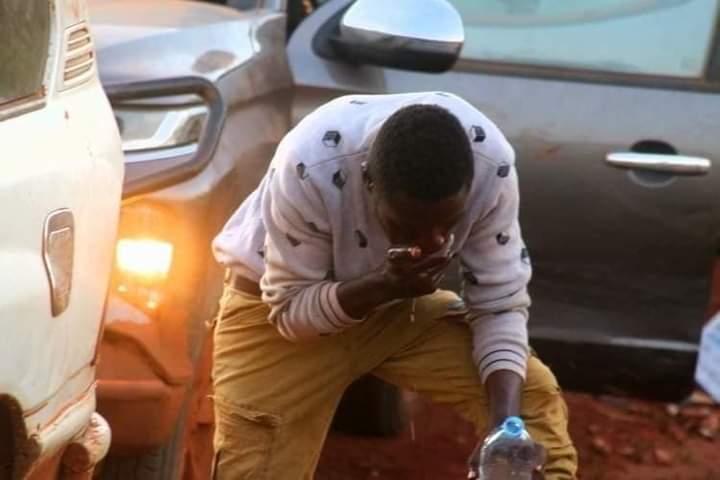 NUP party presidential candidate Kyagulanyi Ssentamu Robert aka Bobi Wine’s woes with the security forces are far from over yet after he was again frustrated and held in one position for 7 hours on Friday before he was escorted out of Lira throughout the night.

Bobi Wine was blocked at about 13:00hrs as he advanced to Alebtong district where he was to hold a campaign rally. Security forces heavily clutched on their rifles held Bobi Wine and his crew on the road for over 7 hours before they could tow his vehicle out of Lira to Kitgum. Bobi and his crew say they were out of stock for feeding and other essentials to take them through the night. “We did not eat at night. We were rather fed on police batons,” one of the crew members tells this site. “It is one of the worst moments of my life. Ugandans must rise and fight for their country,” he urged.

Pictures which made rounds on social media platforms on Friday night clearly showed journalists and Bobi’s crew members nursing serious injuries sustained from the police excesses. Four journalists and all Bobi’s bloggers tasted the wrath of the heavy handed security forces. They were rounded off in the late night hours and beaten to pulp.

The mistreatment of NUP presidential candidate Kyagulanyi is however not new to him as he has already waded through such harsh times in his life. Sleeping on the roadside is perhaps just a ‘cup of tea’ to a man who grew up in the slums of the low income ghetto of Kamwokya, a Kampala suburb.