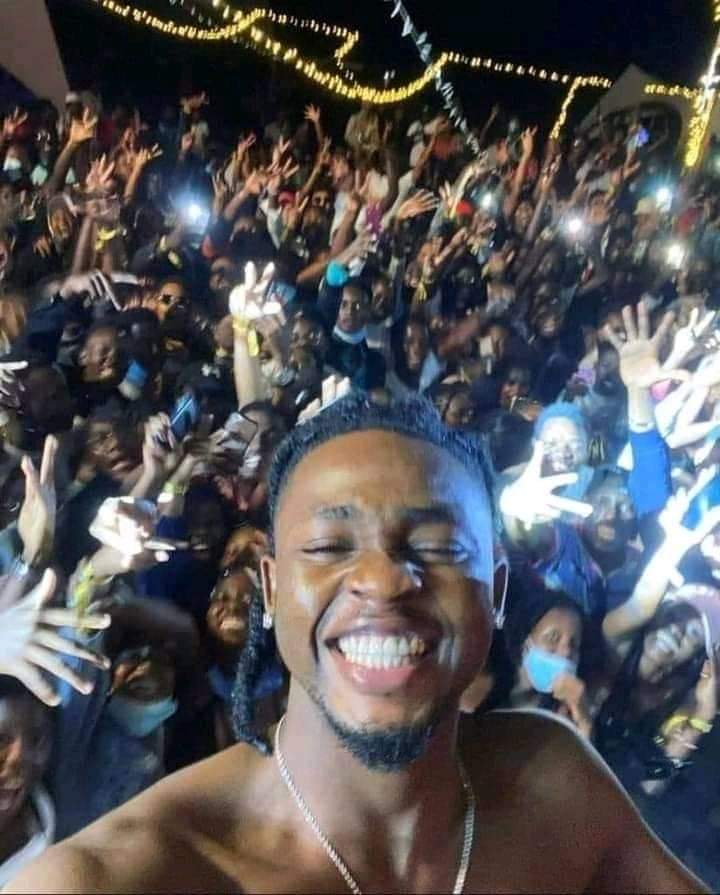 Nigerian singer Omah Ley whose real name is Stanley Omah Didia was on Sunday evening arrested by Uganda police after photo of him entertaining hordes of people enveloped social media platforms over the weekend. Omah Ley, a visiting Nigerian artiste reportedly held an unauthorised concert in Munyonyo on Saturday night. Omah Ley was arrested alongside the manager and owner of the venue in which the controversial concert was held. Ivan Ddungu (manager of the venue) and Prim Kasana the events manager were also apprehended and detained at Katwe police station.

Police say they also apprehended the area officers who were part of the event after they reportedly provided security and yet they knew concerts were still an illegality in Uganda. “Others are police officers L/AIP Fabiano Juma, No. 51328, PC John Bosco Ocaba and No. 67898 PC Paul Odongo,” Onyango, the Kampala Metropolitan police spokesperson said in a statement. “It is also alleged that the suspects and other still at large held a concert in violation of the guidelines of the Ministry of health. Preliminary investigations indicate that they connived with area police officers, who guarged the illegal event,” he added.