NUP leader abducted by SFC fortnight back remanded to Kitalya 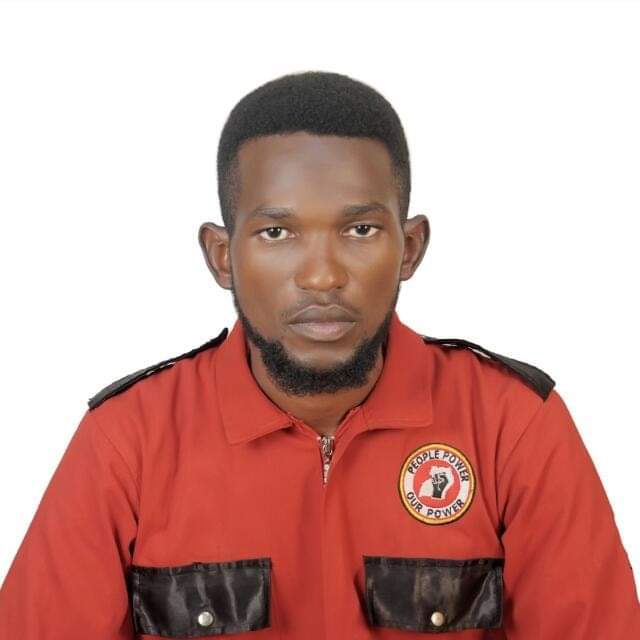 Sserunkuuma John Bosco, a Councillor  aspirant in Nansana municipality was on Monday arraigned before the Court Martial in Makindye Military Barracks where he was charged with ‘being in illegal possession of military stores’. Sserunkuuma who is the incumbent students’ guild president of Makerere Institute of Social Development was remanded to Kitalya Prison until 4th January 2021.

He was arrested from Nansana Town at his residence two weeks ago for wearing #PeoplePower attire and taken to Makindye Military Barracks in whose detention he has been until yesterday (Monday). Sserunkuuma was reportedly tortured and interrogated to explain his ties with the National Unity Platform party president Kyagulanyi Ssentamu Robert. A close confidant who accessed Sserunkuuma told this reporter that he was looking visibly frail and bleeding from the ears courtesy of the torture he underwent while in military custody. “He told me to be strong and not to relent from the liberation struggle,” the source says. “He was bleeding profusely. He was not looking fine. He told me he was being beaten daily and fed on just one cup of porridge,” he added.

Sserunkuuma’s trial ensued without legal representation after the court martial denied all his relatives and sureties access to the chambers. The youthful political activist is among the most targeted supporters of presidential candidate Kyagulanyi Ssentamu Robert due to his open outspokenness in the posts he publishes on Facebook. Sserunkuuma earlier this year told this reporter in an interview that he was being trailed by members of the Special Forces Command who would pitch camp at his residence on a routine basis.