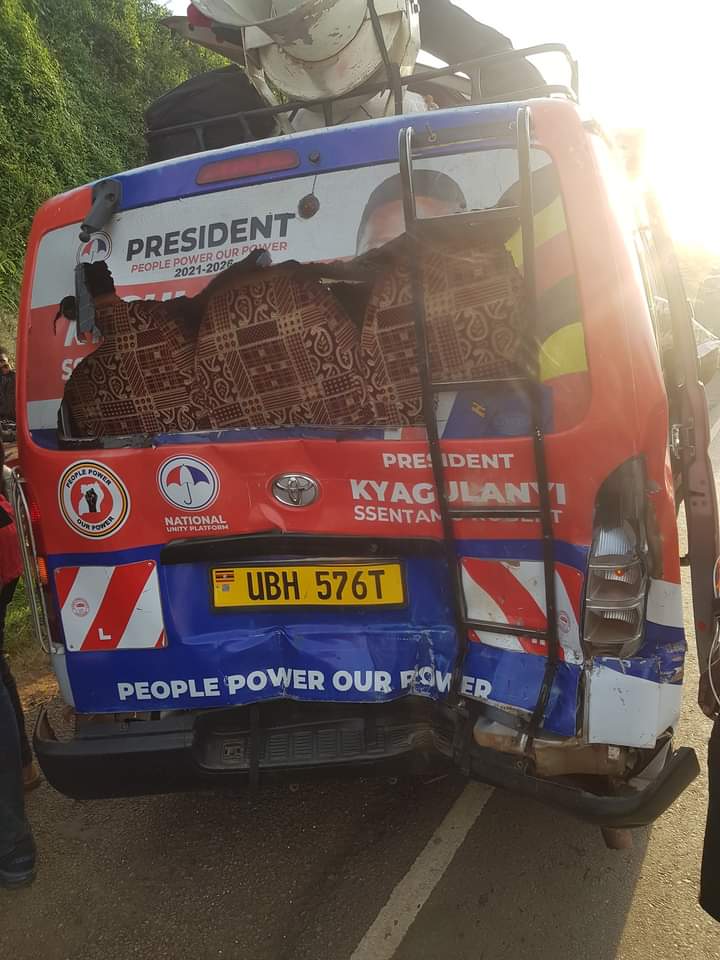 In a quest to frustrate the campaign trail of Uganda’s leading opposition figure, the police have embarked on vandalising some of Bobi’s campaign vehicles that form his motorcade.

On Tuesday as the NUP party leader, Kyagulanyi Ssentamu Robert was travelling to the Western region, one of his vehicles, a drone model was intentionally attacked and knocked by a police patrol vehicle. The affected drone is the one which was recently procured by supporters of the NUP party in the diaspora following a drive by Mityana municipality legislator Zaake Francis Butebi and singer Nubian Li.

“Dictator M7 militia at it again! Not only tear gassing us along the way but also knocking down our cars. Three people in this van have sustained injuries and one rushed to hospital in a critical condition! May the Almighty lead us all the way,” Nubian Li, a singer and personal aide to Bobi Wine commented on Facebook immediately after the accident. Police as usual with impunity declined to comment on the incident when contacted by this site.

This is not the first time that Bobi Wine and his team are haunted by police staged accidents. Just a few weeks ago, his lead patrol car which carries EC escorts was knocked by a police patrol. Bobi also recently survived gunshots fired at his campaign vehicle as he advanced to Jinja a fortnight ago.