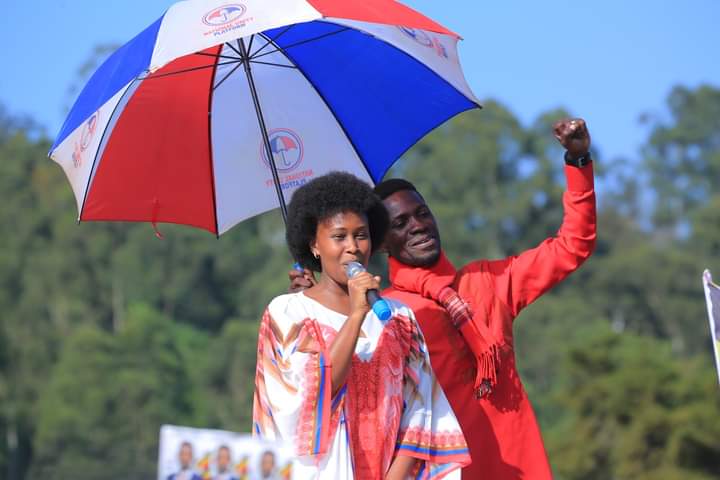 The National Unity Platform party presidential candidate Kyagulanyi Ssentamu Robert aka Bobi Wine has scoffed at the RDC of Kisoro district, Peter Mugisha who had threatened to ‘bury alive’ any people who would attend the NUP rally.

Addressing Kisoro residents on Tuesday night, Mr. Mugisha warned to identify, arrest and thump anybody who would attend the rallies of the NUP leader whom he declared ‘evil’. “I want to warn each of you not to dare lay a foot at Bobi Wine’s rally,” the RDC warned on radio. “I will write down the names lf each attendant and bury you alive,” he threatened.

Moments after concluding his rally, the NUP presidential candidate who dominated the Kigezi subregion on Wednesday wrote about the RDC’s saga.

“The RDC of Kisoro, Peter Mugisha was on radio and said that any one who was planning to attend our campaign should first dig their grave because he would shoot them dead. Looks like so many graves were dug today but none will be used. We were in Kisoro and that’s what the people are saying.
Abantu ba Kisoro, murakoze cyane. Amidst the intimidation by the security forces, you still made a statement.
This is a place M7 has been claiming to get 100% of the vote (ijana ku ijana),” Bobi wrote.

Bobi also weighed in on the condition of the former police chief, Gen. Edward Kale Kayihura whom he says is under captivity by the repressive NRM government. Bobi Wine says it is unbelievable that Kayihura is stripped of his freedom and yet his accomplice Gen. Tumukunde is lounging free as a presidential candidate. “Museveni used Gen Kayihura to make mistakes and dumped him. He (Kayihura) is never a free man. He was arrested with Gen Tumukunde who is running for president but Kayihura cannot even go home. If I am lying, let Museveni come to campaign in Kisoro with Gen Kayihura,” he said.