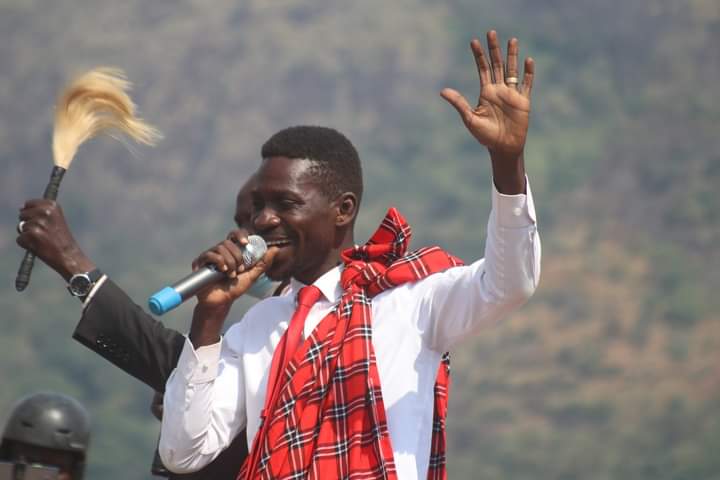 The survey which was conducted for the past two weeks showed that Bobi Wine, a popstar turned politician running for presidency has a mass support of 60% of the total 15 million vote followed by the incumbent Tibuhaburwa with 36%. The same poll shows a huge slump in the entrenchment of the opposition Forum for Democratic Change party and this is attributed to the exit of its leader, Rtd. Col. Dr. Kizza Besigye who has held the party flag for the past four general elections. Being a youthful contender with an appaing background, Bobi Wine finds himself commanding much youth support in a country which constitutes a young population aged between 18-35 standing at 70% of the total 45 million people. With less than 24 days for Uganda to go to the polls on January 14, Kyagulanyi is perceived to be the major challenger to the elderly president Museveni who has led the landlocked East African nation since January 1986 when he led a guerrilla movement challenging the 1980 elections.