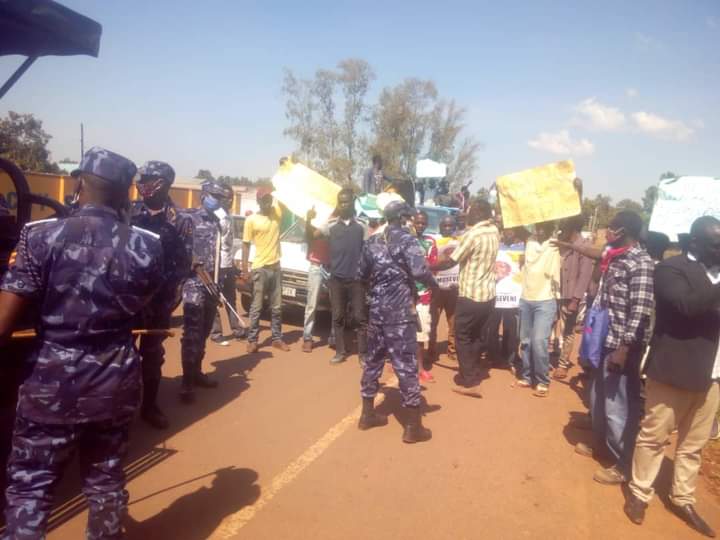 Prior to the kick off of the 2021 presidential campaigns, the then musician turned politician Kyagulanyi Ssentamu Robert aka Bobi Wine routinely reiterated that he was run a campaign trail fully funded (with consent or not) by president Museveni.

Kyagulanyi’s prophesy though taken lightly has since lived to pass. Just at the end of the month of November, the NRM party candidate Gen. Yoweri Tibuhaburwa Museveni with a heavy budget worth UGX 25 billion has been embarking on buying coordinators of the National Unity Platform party especially those from the Northern region which from the look of things appeared to be an epicentre of Kyagulanyi’s support and prominence. Among some of the NUP coordinators who fell prey to the NRM envelope system was the once vibrant Olenge Tony, a Gulu university student who has been vocal in the Acholi region over his allegiance to Bobi Wine.

SEE ALSO: AUDIO:Bosmic Otim reveals he wanted to travel to Jamaica with Bobi Wine when he left people power

Sources say Olenge, who is a nephew to the RDC of Nwoya was lured to leave Kyagulanyi’s camp after being promised a juicy job slot and a boost for his starting online TV project. “His uncle secured for him a meeting with Museveni who was coming to campaign in Acholi,” a family source told this site. “In the deal, Olenge pledged to denounce Bobi Wine and also expose all the secrets in the NUP party. He told the old man that he knew about the funding of the NUP party,” the source adds.

After successfully reaping big from his interface with Museveni, Olenge was deployed to distort the prominence of NUP in Acholi region. He was to advance this through preaching a divisive narrative that Bobi Wine is only a ‘Buganda project’ who wants to destabilise Acholi. In fact, in all the radio talk shows Olenge has appeared in since his defection from NUP, he has been preaching that same divisive agenda. Due to his eloquence and rhetoric, Museveni ordered a one Omona Kenneth to deliver to brand new pickups and 5 motorcycles to help Olenge execute the NRM party work and embark on demobilizing and antagonizing NUP structures. In our next episode, we will delve deep into the deal Olenge signed with the NRM secretariat to play a role his colleague Bosmic Otim failed to do last year.