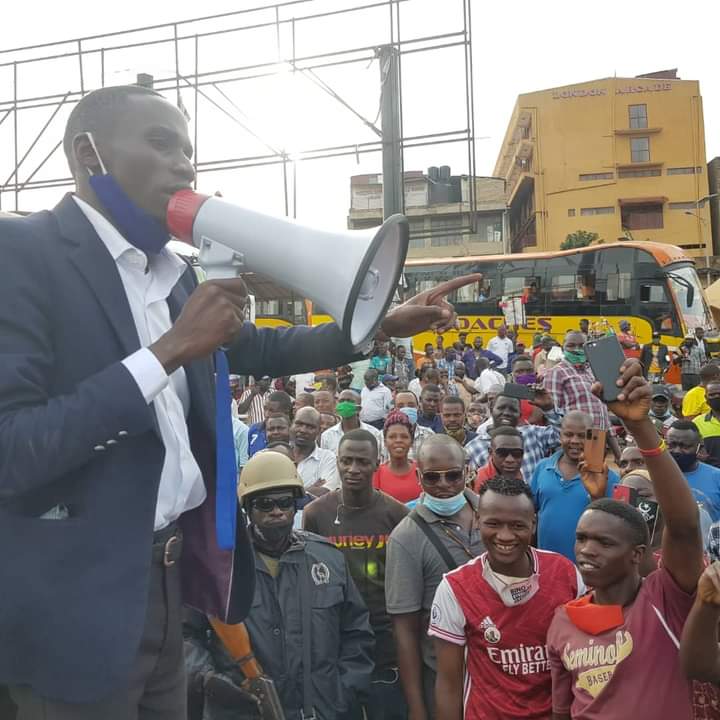 Independent presidential candidate John Katumba has today faced it rough after a gang of police officers armed to the teeth attempted to block him from addressing a campaign rally.

In the video which is gaining traction on the internet, John Katumba is seen trapped in the middle of armed police officers who engage him in a ‘cat and mouse’ chase before they all pounce on him and kick him inhumanely.

Katumba, aged 24 is the youngest presidential contender on Uganda’s ballot ever folliwing the removal of the presidential age limit that had restricted those below 45 from running for the top seat.