We would kill Bobi Wine if we want-presidential advisor 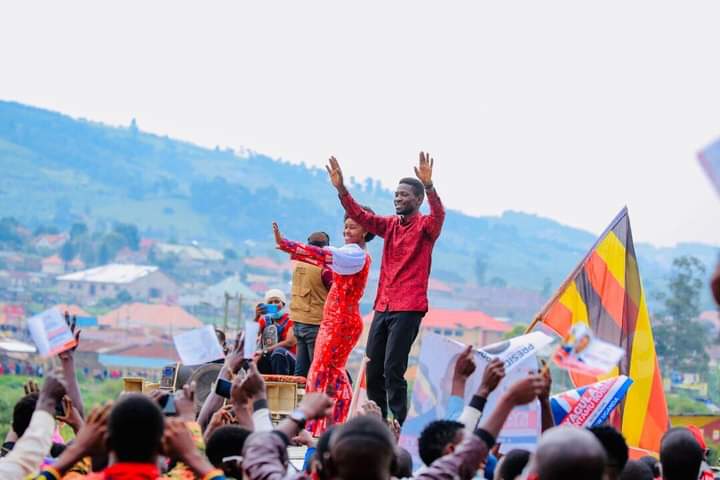 Gen Nalweyiso, the country’s most decorated female soldier, on Tuesday morning while appearing on the state broadcaster dubbed UBC TV condemned last month’s protests in Kampala and other parts of the country, which were sparked by the arrest of Mr Bobi Wine in Luuka for allegedly flouting campaign guidelines.

“If I, Gen Nalweyiso was to be arrested, my people or even my fellow tribesmen the Baganda are not supposed to protest, and I would urge them not to protest because this government does not kill people in custody,” she said.

“We want them to come into leadership without touching anybody’s hard earned property. If they win, the president will hand them the constitution and get in his car and drive off to Rwakitura,” she added.

“There is no chance that Government is going to arrest Kyagulanyi and kill him. If we wanted to kill Kyagulanyi, we would have killed him in Arua.”
She added; “I have been with this president in the bush since 1981. A child that we raised and brought to where he is today, and he goes and throws a paver at a person we have been protecting from when we were in the bush? He would have died then; in fact, I was among the people who thought that Kyagulanyi would have died on that day!”
“But if he survived and we protected him until today when he is campaigning, and then we arrest him and you want to go and loot and burn people’s property… we are not going to allow that.”