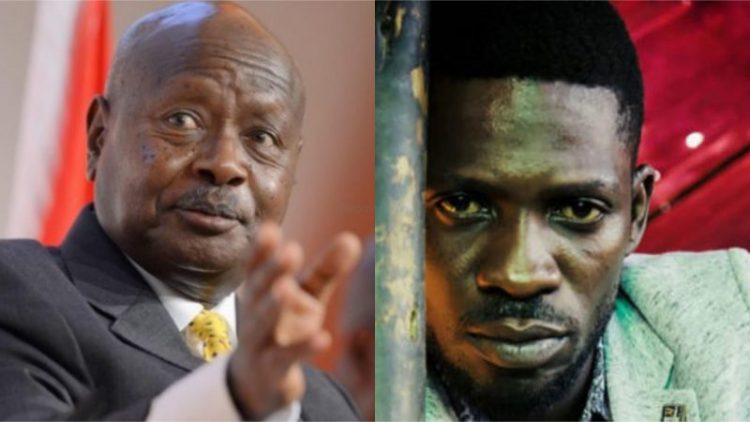 Barely hours after the state owned media embarked on releasing distorted and doctored opinion poll, the NUP party candidate Kyagulanyi Ssentamu Robert aka Bobi Wine has openly come out to laugh at the regime for playing around with the mandate and voting might of the citizenry.

According to Bobi’s analysis which is consistent with what political pundits have aired out on the same polls, the regime is looking at means of sustaining itself in power by trying to inspire their rigging agenda by discouraging the public from participating in the polling process.

As we told you a few days back, the regime is investing massively in sponsoring fake opinion polls, to lay ground for massive rigging! This has been the usual script every election cycle.

They normally do this

1. To create apathy and discourage people from voting massively

3. To discourage the citizens and prepare their minds for another five years of repression.

In the coming days, state media and other paid organisations will publish fake polls showing that Museveni is in the lead! Laughable!

For the past three years, all independent polls conducted have showed that we are far ahead of Museveni. There have been recorded cases where individuals don’t respond to researchers for fear of the state!

Gen. Museveni will soon understand that this generation is some different cup of tea, not the kind which falls for cheap propaganda! We only need to increase our levels of vigilance, and ensure that we turn up in massive, massive numbers to vote.