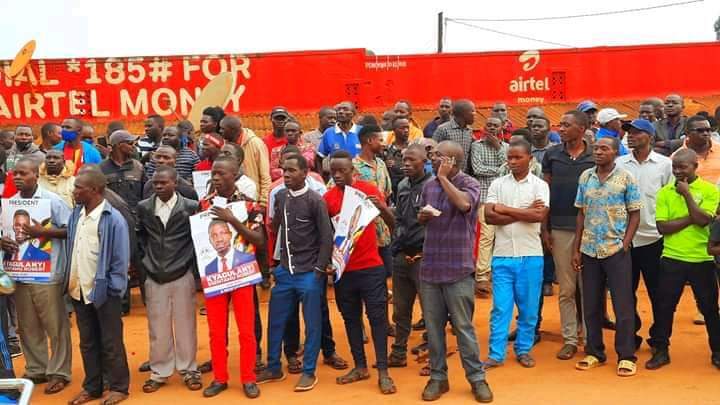 Supporters of the National Unity Platform party have poured onto the streets in anticipation of their presidential candidate Kyagulanyi Ssentamu Robert aka Bobi Wine who is expected to dot into the area any time from now.

SEE ALSO: Bobi Wine speaks out on detention of his supporter

Kyagulanyi who is apparently in Mubende for a rally will at a later time join his long time comrade Zaake Francis Butebi who heads the NUP party youth league. Zaake is a vibrant mobiliser for NUP in the central region where he has recruited a reasonable number of young people and initiated them into the party structures and some have already been inspired into aspiring for local leadership slots.

Preparations to receive Kyagulanyi are in high gear. The people have resisted leaving the streets despite police intimidations and threats from the RDC. All streets leading to Mityana town have been decorated with posters of the NUP party leader Kyagulanyi and the area legislator Zaake Francis.

“We will not leave the streets even if they do what,” Musa, a Boda rider in Buswabulongo trading centre says. “We have been waiting for this special day to elapse and God has gladly kept us alive to witness it,” he adds.