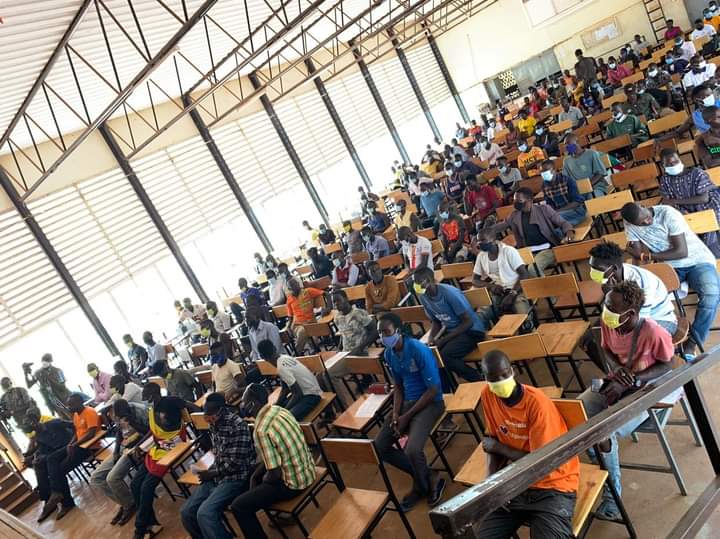 The Deputy speaker of parliament, Rt. Hon. Jacob Oulanya has appreciated over 200 youth supporters of the National Unity Platform party (NUP) who defected to the ruling NRM party in Lira District.

As a sign of appreciation,the Deputy Speaker of Parliament who doubles as the NRM’s Vice Chairperson Northern Region Jacob Oulanya, blessed them with 5 million to help them in establishing an office and even shared the cash amongst themselves.

“They called the NUP headquarters to come to their rescue and nobody responded. Other things also happened and the people from the headquarters never responded so this made them to think that there is no hope where they thought it was.” Oulanya revealed. ”In Acholi and Lango subregion, we don’t have anything like People Power. We have to just empower the young people so they can set up their own small businesses and leave politics,” he added.

However, a bitter dispute over the cash share ignited after the chief mobilizer solely wanted to pocket UGX 1 million on grounds that it was his phone call that attracted the Deputy Speaker, Oulanya, a thing that was widely contested by his peers. “We are supposed to share this money and equally regardless of who has done what. Nobody is taking a big share because we all appeared on camera,” Opio Alex, one of the youths argued. “You force us to denounce People Power and after that you fail to pay us our money. The other time they promised us bicycles ans jobs but we haven’t seen anything,” he added.