Museveni’s peaceful retirement is upon him, Bobi Wine rules 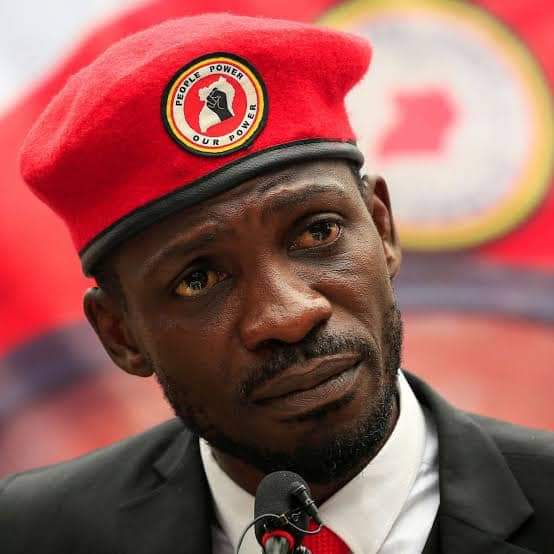 The National Unity Platform party presidential aspirant Kyagulanyi Ssentamu Robert aka Bobi Wine says the retirement of the incumbent Museveni will be peaceful if he respects the process and the will of the people.

SEE ALSO: Museveni: I’m not happy with how Bobi Wine provokes me

Kyagulanyi, who was on a campaign trail in his birthplace in Gomba district told the convened masses that he would love to see Museveni retiring peacefully and not like other dictators (as Muammar Gaddafi) who have been deposed forcefully. In his change and liberation messages, Kyagulanyi has persistently crusaded for peace and has always urged his supporters to change the regime using strictly constitutional means. Unlike past revolutionaries who have used guerrilla struggles and coups, Kyagulanyi agitates for a strategy of peace, something that has won him converts throughout the political spectrum.

“I am willing to give Mr. Museveni a decent retirement, so long as he hands over power in peace. But if he insists on using force, I can’t guarantee his safety,” Bobi Wine reiterated. “We would love to see him retired peacefully so he can guide the nation as an advisor. We don’t want to repeat precedents of all serving presidents being retired forcefully,” he added.

President Yoweri Museveni has held the position from January 1986 when he ascended to office after a 5 year guerilla struggle that left over 500,000 Ugandans dead following clashes between the NRA rebel groups and the Obote soldiers. Museveni, who earlier on possessed an image of a statesman was enthusiastically welcomed by the people who believed him to be the long awaited liberator. However, 35 years down the road, his rule has been marred with gross rights violations, arrests and extra judicial killings of the political dissent. In his old age of 76, Museveni has deviated from the core agenda that took him to the bush which is why people of his generation like Gen. Mugisha Muntu, Gen. Henry Tumukunde, Dr. Kizza Besigye, to mention but a few have all dropped out of his NRM bus. Kyagulanyi’s rise as the major political challenger carries a generational cause which is why Museveni is for the very first time afraid of what may arise from the January 14, polls. “He has got a generational challenger. This is a young man who has youths backing him. Bobi Wine and his generation may not be interested in the pre-1986 era but want a decent livelihood for the citizens. Museveni has an opponent he has never had before,” one analyst told this site. “Bobi Wine’s journey from the ghetto to politics carries a heavy cause. If I were Museveni, I would just work on my transition,” he adds.