Archbishop Lwanga: We are not against Bobi Wine 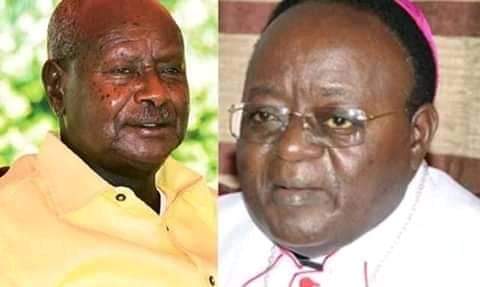 The Kampala Archbishop Cyprian Kizito Lwanga has decried the misuse of social media platforms by a section of Ugandans whom he says are misrepresenting the UJCC counsel on the 2021 general elections.

The Archbishop Lwanga made the statements while delivering his Christmas Homily at Rubaga Cathedral on Friday. An emotionally disheartened Lwanga distanced himself from being partisan as widely portrayed by his critics on social media who accused him of ‘aiding the dictatorship’ by making proposals which favour the incumbent president Museveni.

Lwanga says he first and foremost spoke on behalf of the UJCC contrary to what people are believing to be his individual remarks. He also adds that he is not against the candidature of the National Unity Platform party president Kyagulanyi Ssentamu Robert aka Bobi Wine.

“Certain people on social media are accusing me and other religious leaders of harboring ill intentions against Bobi Wine. One of them even called me and said that religious leaders want to kill Bobi Wine by poisoning the hostia (Eucharist bread). These people have apparently asked Bobi Wine to stop taking holy communion in church or not pray in certain churches for such a reason. Can you imagine!,” Lwanga exclaimed.

In the midst of this week, the Uganda Joint Christian council issued a statement asking the government to put a halt to the elections which are to be held in three weeks time. The clerics cites violence, state brutality and the covid pandemic as the key justifications for the suspension of the polls. They however advised that parliament should once more amend the constitution and add president Museveni another 3 year term, something that triggered widespread outrage from a huge section of the public.