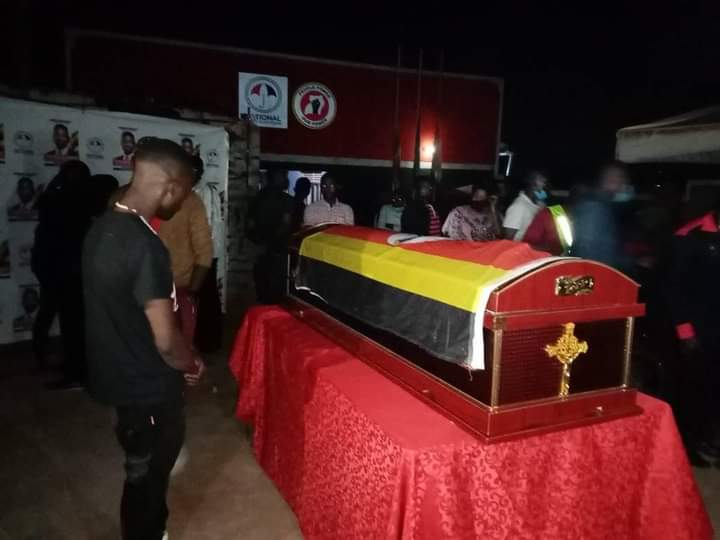 Leaders in the National Unity Platform party have castigated the spokesperson of the UPDF Brig. Flavia Byekwaso over her misleading remarks on the death of Frank Ssenteza, a private security aide to Bobi Wine. On Sunday night, the UPDF through a tweet distanced itself from deliberately killing Frank Ssenteza. The army instead says the deceased was hit by another car that he was allegedly trying to jump on.

However, the NUP spokesperson Joel Ssenyonyi says Byekwaso is just doctoring her own version just to suit in the purpose of her job. “You know the spokespersons of these institutions are fond of telling lies. We are not surprised by what the UPDF is saying. When Ritah Nabukenya was killed in the same way, you all heard what Enanga said even as we asked for the CCTV footage,” Ssenyonyi told the press this morning. “Todate, not even a single clip has ever been aired to prove what Enanga said of Nabukenya. We demand the UPDF to air the CCTV clips of yesterday’s Busega events so we see if they are telling the truth. But we know the truth because we have colleagues who witnessed the heinous incident, ” he added

Supporters of the NUP spent the entire Sunday night at the party headquarters paying their respect for their fallen colleague. The event was flanked by the party leaders and presidential candidate Kyagulanyi Ssentamu Robert who even spoke to the mourners. “Frank has seen people being brutalised and killed by the police and UPDF. He remained spirited and resilient regardless. I want to call on you all not to give up in our cause for liberation. Even in the toughest times, we should remain unrelenting because it is not a crime to fight for what is right,” Bobi told his supporters who spent the night at the NUP headquarters paying respect for the fallen Frank Ssenteza who is to be laid to rest at his ancestral home in Masaka district.