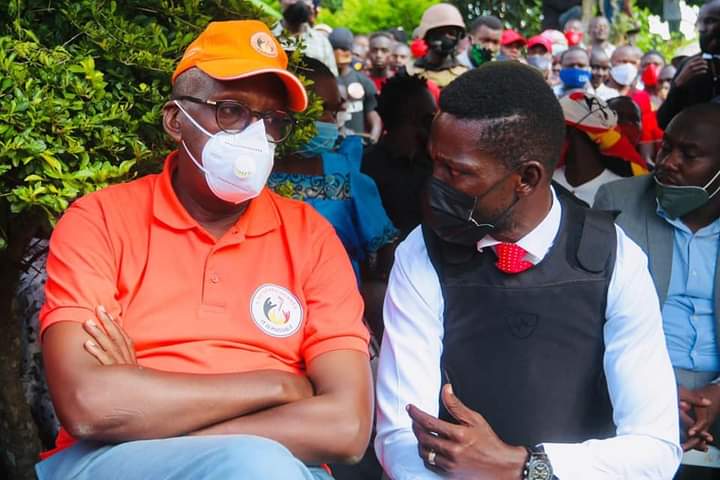 Gen. Tumukunde who had just concluded a campaign rally in Lyantonde district was the only presidential candidate who made a stop over at the burial ceremony to commiserate with  the NUP which had lost a 25 year old Frank Ssenteza who died on Sunday after being run over by a military van.

On arrival, Gen. Tumukunde was welcomed by the mourners and even granted space to address the convened people. In his deliberations, Gen. Tumukunde used the microphone  to address Hon. Kyagulanyi as his president, something that excited the mourners and left many impressed. “Mr. President (referring to Hon. Kyagulanyi), I want to see a new Ugands where all these things will be history,” Gen. Tumukunde said. “Don’t stop at voting overwhelmingly, stay and protect the vote so we be assured of our president’s victory,” he added.

Unlike other presidential contenders in the opposition, Gen. Tumukunde and his camp have for a while openly expressed interests in uniting with the leading candidate in the 2021 polls. Even in his own remarks after his nomination on November 2, Gen. Tumukunde made it clear that he would step down and rally behind Hon. Kyagulanyi if the people anoint him as the sole candidate for the opposition.