Just in: Police knocks down another Bobi Wine security aide 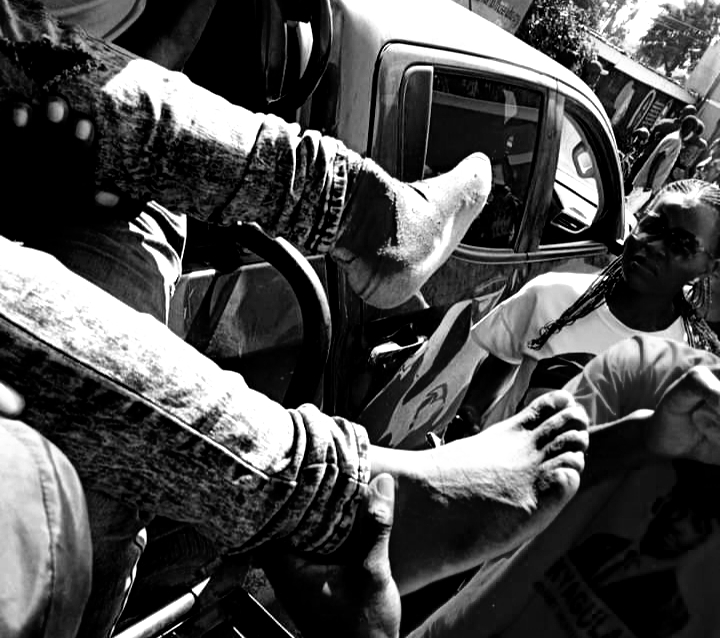 Just as the public is still recovering from the grief and agony of the untimely demise of Frank Ssenteza, a Bobi Wine aide knocked dead by a military van on Sunday, police has yet again this morning repeated a similar incident.

Ashraf, a security aide to the National Unity Platform party president has just been hit by a police patrol in Kaleerwe, a Kampala suburb. Eye witnesses say a police patrol charged at him and knocked his left leg and left his bone fractured before it darted off and left him for dead.

Ashraf has been rushed to a nearby hospital for first aid where he wails in pain. More on the story will follow shortly.