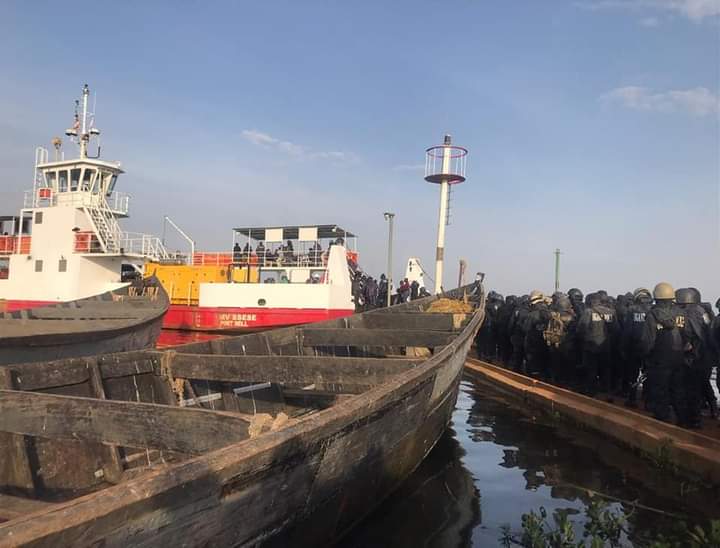 The attached video shows dozens of armed commandos of the Uganda Police Force and UPDF boarding a ferry to Kalangala where the National Unity Platform party presidential candidate Kyagulanyi Ssentamu Robert alias Bobi Wine is to hold a rally this Wednesday.

Kyagulanyi had earlier suspended his campaign trail in protest of the brutality on his team members and journalists. The past 3 days have seen journalists covering NUP activities being targeted by men in uniform. A one Ashraf Kasirye remains battling for his life in the ICU after sustaining life threatening skull injury from the canister that was fired at him by the Masaka RPC Abaine Enock. On the same fateful day, Kyagulanyi’s security aide, Frank Ssenteza was run over by a military van. Kyagulanyi and his crew were evacuating the injured Ashraf to Rubaga hospital for proper management only to lose yet another member.