Bobi Wine: Muhoozi just woke up from his drunken stupor 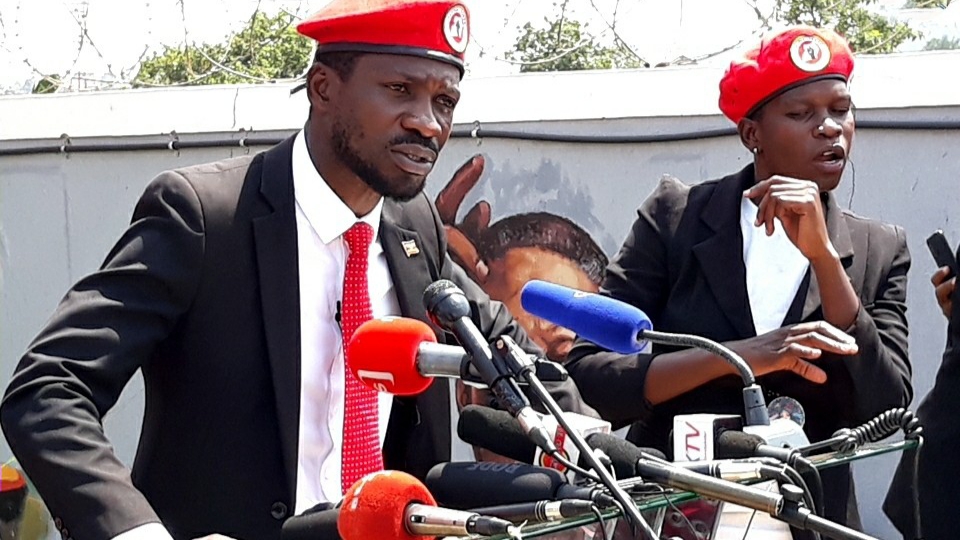 Presidential candidate Kyagulanyi Ssentamu Robert aka Bobi Wine has responded to the mockery tweet published by the head of the Special Forces Command who doubles as the first son, Lt. Gen. Muhoozi Kainerugaba. According to Bobi’s response, the first son who is largely known for his addiction to alcoholic beverages could have been ‘out of order’ at the time he published the offensive tweets.

“Tweets from Muhoozi Keinerugaba, Dictator Museveni’s son! Museveni gifted him with rank of Lieutenant General! I guess he deleted the tweets after waking up from a drunken stupor!

I have seen most Ugandans mock and laugh at him, but fellow citizens, it should worry us this is the group with guns in charge of our country’s security!

True to their tribalism, he says it’s an insult for me to be called Musinguzi a Runyankole name! The real insult to our nation is that such a person wears our national uniform! It is such an embarrassment to the decent, professional men and women in uniform who work hard to keep our nation safe.

My message to him? The few criminals you arm to murder and torture citizens will not be able to save you and your father when the citizens rise up to defend themselves!