It’s not funny when people are dying, Bobi Wine tells off Muhoozi 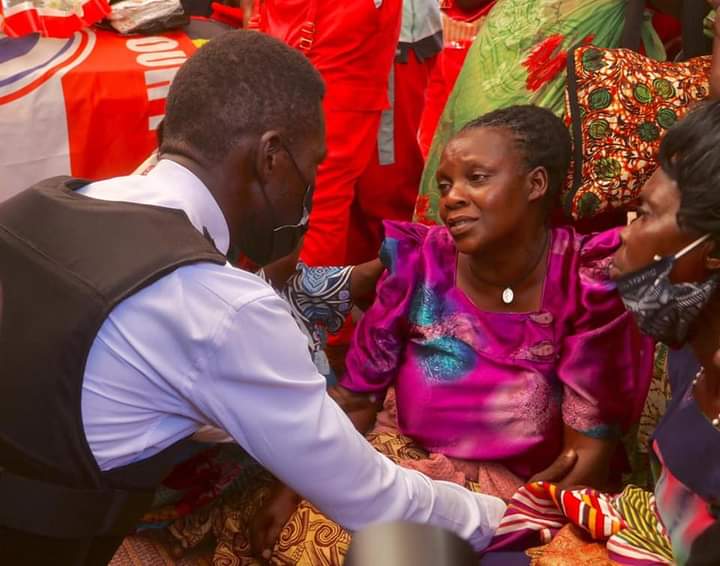 The NUP party presidential candidate Kyagulanyi Ssentamu Robert aka Bobi Wine has this morning taken a swipe at the first son, Lt. Gen. Muhoozi Kainerugaba following his mockery and offensive tweets glorifying the violence cast on citizens who had convened for a rally in Kalangala on Wednesday.

Kyagulanyi and his team say they are to proceed to Masaka to check on their incarcerated members who were arrested on Wednesday. From here, he will head to Bukomansibi and Ssembabule to advance with his presidential campaign. Muhoozi on Wednesday evening took to Twitter to appreciate the armed forces for the ‘good work’ done as they cracked down on NUP supporters in Kalangala. The new SFC commander tactically dressed his men in police uniforms and tasked them to take over the operation.

The NUP spokesperson Joel Ssenyonyi says they will not relent from finishing their campaign trail. “We know they are doing all this to cut our speed. But we will keep campaigning till the days are over,” he says. “Our legal team is to follow up on the matter of our detained comrades. We know they have no case to answer,” he adds.