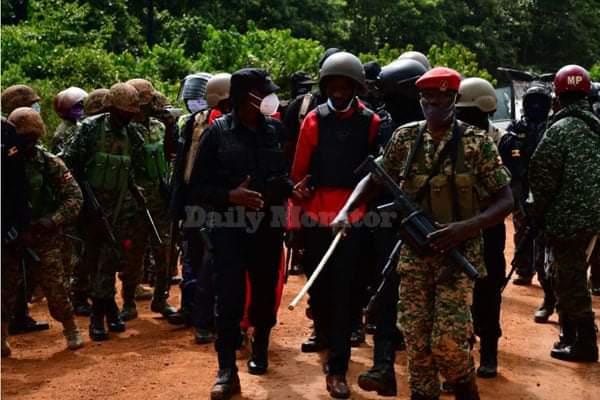 Police have destroyed a smart phone belonging to the incarcerated Daily Monitor journalist, Derrick Wandera who was arrested on Wednesday in Kalangala as he covered the political stand off between NUP supporters and security forces.

Wandera, the only journalist who had a smart phone at the time Bobi Wine was being brutally battered by police, made a few recordings before he was charged at.

Wandera was eventually arrested and he spent Wednesday night in the cells of Kalangala police station. While in detention, Wandera was interrogated and grilled for giving too much coverage to the NUP camp. “You are on record for exposing our police officers in your reports. Why can’t you get something else to report about,” Wandera quoted who spoke to CBS radio this morning upon release quotes the interrogating officer verbatim. “They later asked me for my memory card before they smashed my phone to destroy all the footage and pictures I had collected in the field,” he adds.

Wandera’s ordeal comes at a time when police is in the spotlight over its immense brutality meted out on journalists who cover political campaigns of opposition parties. In a bid to conceal some of their heinous acts, police find it appropriate to bar pressmen from appearing anywhere close to stand offs.