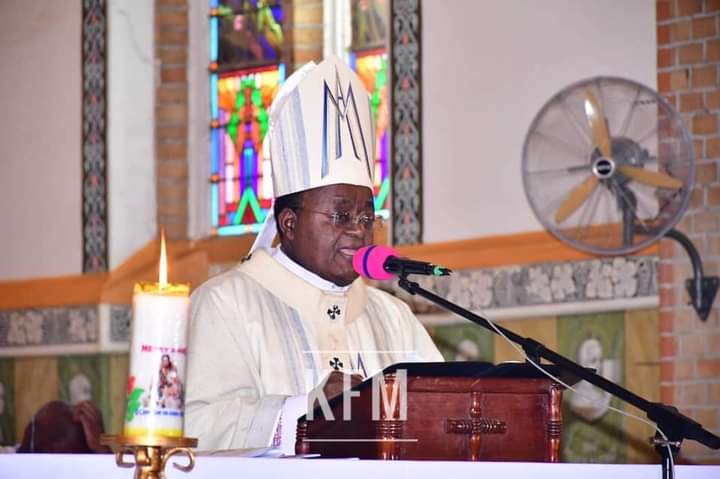 The Kampala Catholic diocese archbishop, Cyprian Kizito Lwanga has today appealed to the enraged supporters of the National Unity Platform party saying they misunderstood his recent remarks calling for the voting extension.

SEE ALSO: Archbishop Lwanga: We are not against Bobi Wine

Archbishop Lwanga who held the New Year mass this morning at Rubaga Cathedral where NUP party presidential candidate Kyagulanyi Ssentamu Robert aka Bobi Wine was in attendance called for calmness from all members of the public. He further expressed remorse for the words he recently uttered where he read the joint statement of the Uganda Joint Christian Council. The verdict called for the suspension of the prevailing electoral process and a constitutional amendment that would award the incumbent president Museveni another 3 years. The UJCC had cited escalating covid cases which they argued were from the laxity of the population. They also said the brutality of the armed forces was alarming.

Archbishop Lwanga based in this mass to distance himself from the statement as his personal opinion. He argued that it was not his personal conviction to have the polls postponed. He further adds that he has since forgiven those who had attacked him on social media platforms saying he was planning to poison the NUP party candidate Kyagulanyi. “I have forgiven all those who said I wanted to poison NUP presidential candidate Robert Kyagulanyi aka Bobi Wine,” Dr Cyprian Kizito Lwanga told a masked-socially distanced congregation while concelebrating the traditional New Year Mass at Rubaga Cathedral in Kampala.