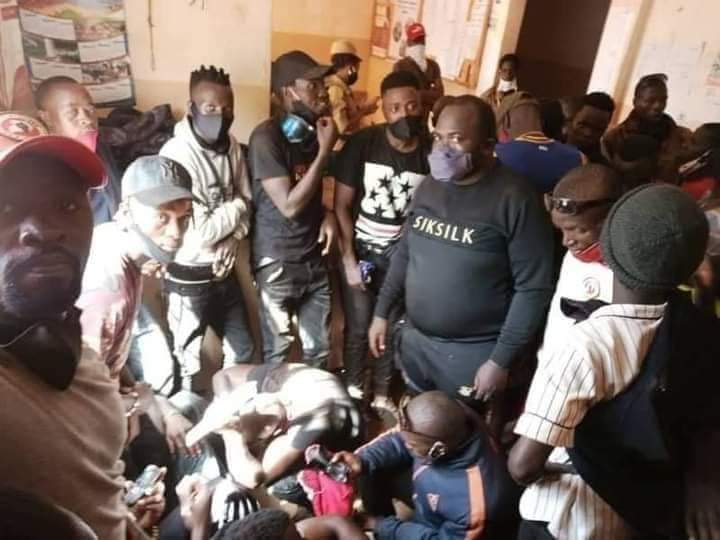 Whistleblower privy to the arrest and detention of NUP campaign team members says they are undergoing untold agony inflicted by their captors. Reports indicate that the female captives are stripped naked and raped by UPDF soldiers in the dead of the night. One female security source told this reporter that the young ladies are stripped naked late in the night and forced to sleep on the cold floor of the cells. Moments to 23:00hrs, UPDF soldiers and police officers force their way into the cells and sexually assault the captives. One of the survivors of the same cells says she was also tortured for her affiliation to NUP about 2 months back.

“Zulaika Nalukenge,a NUP girl who wanted to be woman mp for Bukomansimbi ,but today I was seating somewhere, I had a guy talking about CMI and ISO oooo man ,I wasn’t involved in the chat but I was hearing all he was saying, what they went through in there and what those soldiers do to girls who be in those torture rooms,” a survivor intimates.

NUP lawyer and coordinator Saasi Marvin reiterated similar allegations as he gave an update on the status of the detained NUP supporters who were arrested in Kalangala.

There are credible reports that our 90+ comrades detained at Masaka Central Police Station are being tortured. Although a few people were given access to them yesterday, today no one has been allowed to see them. Those who took them food and drink were forced to leave the items with police officers who in turn claim to have delivered it to the suspects.

The female suspects were stripped and spent the whole of today, cold as it was, wrapped in light ‘Leesus’. Some of the officers at the Station said this was because the suspects had washed their clothes and so had nothing to change into — but this claim is unconvincing because new clothes and other sanitary materials taken for the suspects today were rejected by the same police officers. This, despite the fact that these female suspects have no access to basic materials like sanitary pads, etc. So it is unclear whether they were stripped so they could wash their clothes or whether it was done to humiliate them.

At about 12pm, people dressed in medical garb were seen leaving the Station while driving in a Sudanese-registered Double Cabin vehicle No. SSD 389 AW. See one of the ‘doctors’ in the comment section as he left the station. This tends to corroborate reports of torture in the night and subsequent treatment for those who were in worrying health condition by day-break. The fact that no one was allowed to see or speak to the suspects today lends even more credence to reports of torture and the subsequent attempts at covering up through blocking any interactions with the suspects.

The current status of the other comrades including Eddie Mutwe, Nubian Li, etc who are believed to be detained in a military facility is unknown.