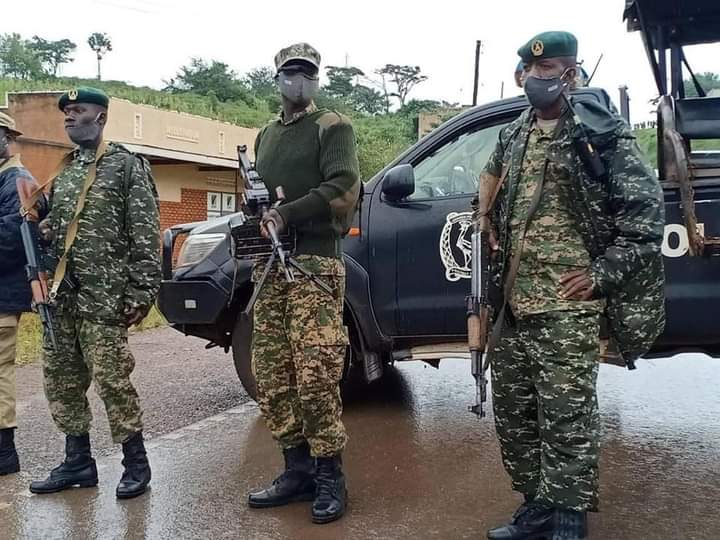 Reports coming in indicate that the UPDF is planting guns in residences of detained NUP supporters in a bid to implicate them in treason charges.

Sources say one of the detaines suspects was today smuggled out of the cells and paraded at his residence in Kawempe where a search was forcefully conducted.

“Our Own Nsubuga Muhammad was brought to his home at around 3PM and the regime army planted 2 bullet magazines,” an eye witness confessed to this site. “Nsubuga was tied on chains. He was driven in isuzu double cabin reg. No (UBB216K) and followed by another white isuzu all full of masked gunmen. The search took almost 3hours, after finding those planted magazines they drove him back to unknown destination,” the witnessed revealed.

It should be recalled that similar gimmicks were done in 2018 when the state tried to implicate Hon. Kyagulanyi Ssentamu Robert and his Arua team. A rifle of AK-47 model was planted in the hotel room of Hon. Kyagulanyi to justify the treason charge that had been slapped on him following the Arua byelection.