126 NUP supporters to be charged with assault of police officers 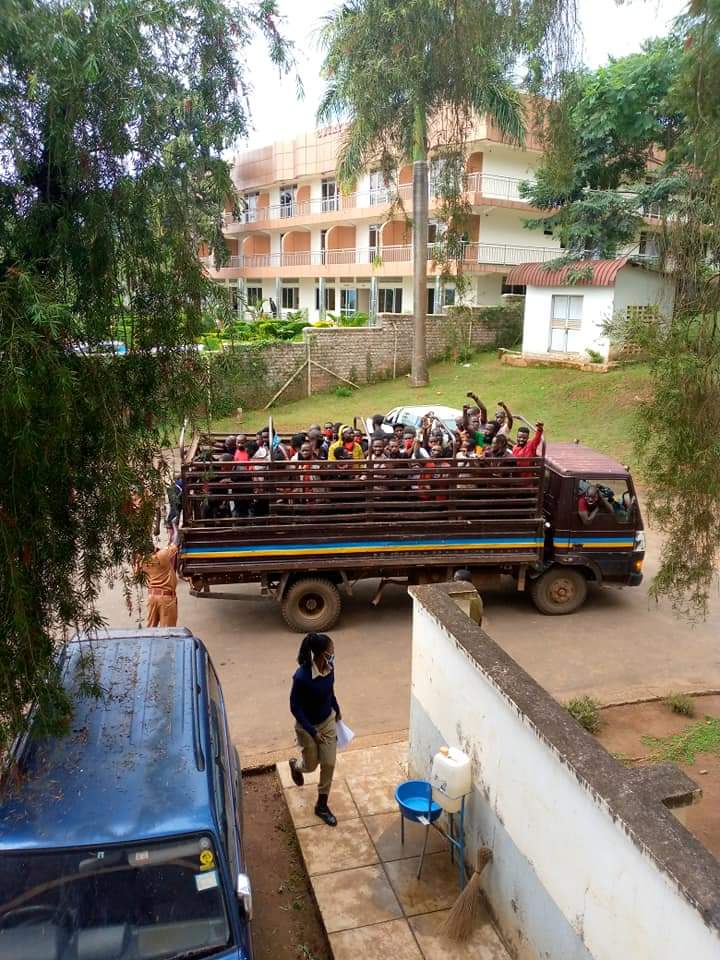 The police spokesperson, Mr Fred Enanga has this afternoon in a security address said that 99 of the suspects, who include members of Bobi Wine private security team, will appear at Masaka Magistrate’s Court on charges of assault of police officers, incitement to violence, malicious damage, doing a negligent act likely to spread an infectious disease and inconsiderate use of  a public road, among others.

According to CP Enanga, 25 of the suspects will be arraigned at Kalangala Chief Magistrate’s Court on the same charges after the Director Public Prosecutions (DPP) sanctioned their files.
Among the suspects is Bobi Wine’s singing partner, Ali Bukeni alias Nubian Li, and Mr Eddy Ssebufu aka Eddie Mutwe (Bobi Wine’s personal bodyguard).

Photos and footage retrieved by our sources show the degrading manner in which the suspects are being brought to court. A distant photo already making rounds on social media shows NUP supporters piled on a Uganda prisons service truck without any social distancing or wearing of masks and yet they are being paraded to court to face among other charges; committing an act likely to spread the novel Corona virus disease.