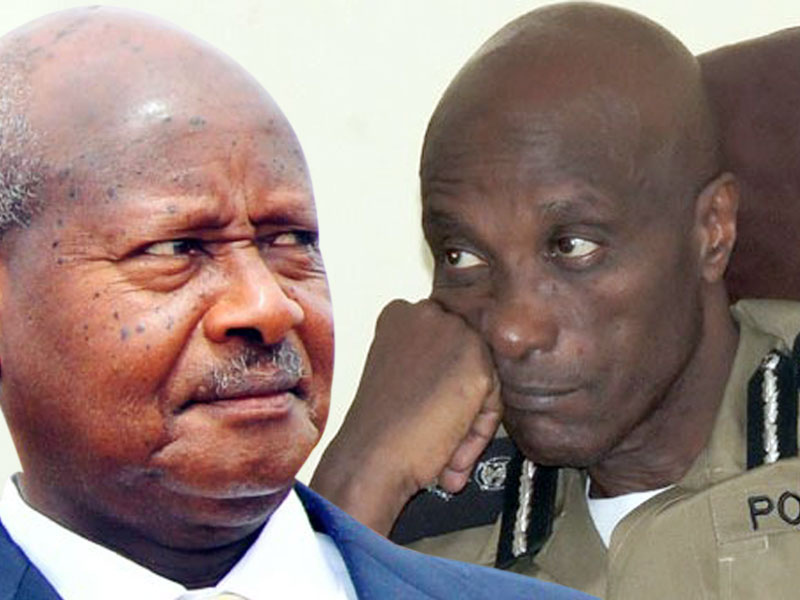 President Yoweri Tibuhaburwa Museveni has responded to the concerns on sacked police chief, Gen. Edward Kale Kayihura which were earlier raised by NUP presidential candidate Kyagulanyi Ssentamu Robert aka Bobi. Addressing a delegation of NRM leaders in Kisoro on Monday, Museveni broke his silence on the former IGP who remains under court martial trial.

“Kale Kayihura (former IGP), just like the (Kisoro LC5) chairman said; there’re those who committed heavy sins and we forgave them. So then why don’t we forgive him! Because you’ve asked and said he’s our person (NRM) I’ll speak to the military prosecution and tell them your request and also add in my request to have him forgiven,” Museveni said in response to Kisoro NRM leaders who urged him to succumb to Kyagulanyi’s proposal of letting Kayihura lounge free.

“I used to tell my brother and friend Gen Kale Kayihura that Museveni is not a good man but he didn’t listen to me. As you all know, whenever Gen Kayihura wanted to preach the message against marijuana smoking in the ghetto, he could send me,” Bobi Wine said during a campaign rally in Kisoro on December 16, 2020. “He was sacked together with Lt Gen Henry Tumukunde (former Security minister) but the latter was exonerated and he is running for president but the former is still in ‘prison’ . He cannot even come to his home area. If I am lying, I dare Mr Museveni to come and campaign with Gen Kayihura here in Kisoro,” Bobi Wine said.

Gen Kayihura was sacked as IGP in April 2018 in the wake of a spate of killings that rocked the country, especially the murder of women in Wakiso District, kidnaps for ransom and assassination of Muslim clerics and some government officials.

Mr Kyagulanyi heaped praises on Gen Kayihura who he once described as his tormentor who was working to ‘impress his master’ (President Museveni).