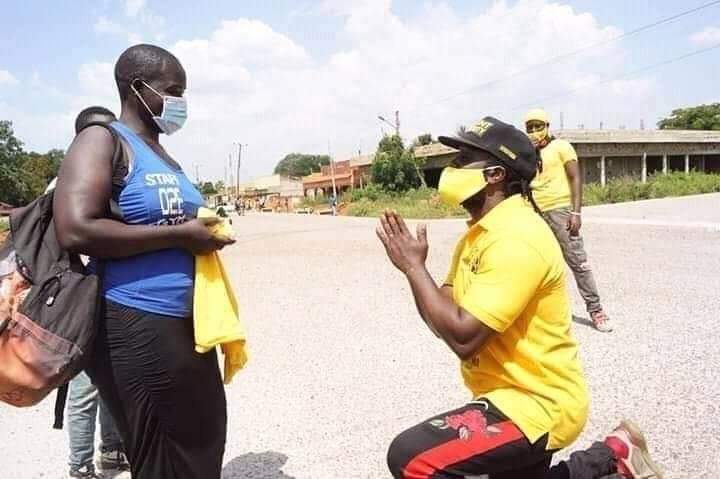 The recent visit of musicians and bloggers to State House Uganda ended in a bad way for Bebe Cool as the Wire Wire singer was embarrassed by the President infront of the rest. This follows a scheduled engagement in which musicians signed a huge contract to antagonize the NUP party supporters in songs that project the Bobi Wine group as a ‘violent entity’

The Bebe Cool troll came about when President Museveni told the NRM musicians to stop kneeling down while giving out NRM t-shirts to the people. Museveni’s idea was that instead of giving people tshirts, they should rather explain to them how they can get rid of poverty from their communities by engaging in Agriculture and other income generating activities. Museveni also added that when people are busy making money, they won’t have time to engage themselves in riots and demonstrations on the streets.

Bebe Cool on hearing this felt under appreciated for his work in the distribution of the yellow T-shirts. On raising up his arm to complain, the chairman of the NRA High Command told him to stop acting stupid when a president is talking. Museveni told him that there is no time to waste on his useless complains always.

It was indeed a cold evening for Bebe Cool and he already regrets fighting Bobi Wine.