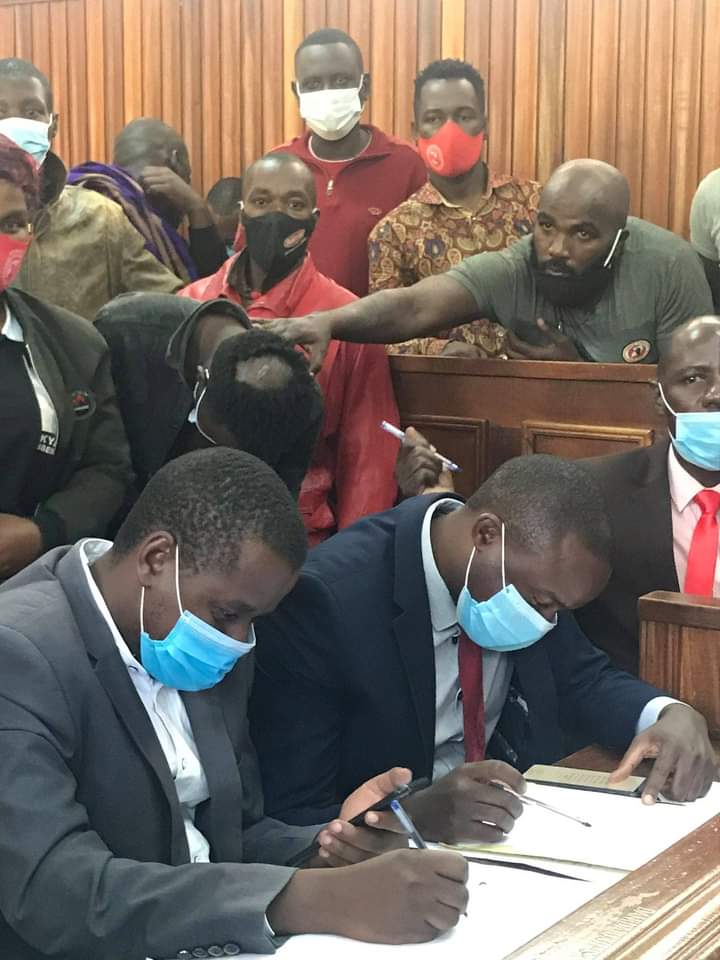 After piling pressure from the legal team of the National Unity Platform party which has contested the unfair treatment of its clients, court has this Tuesday afternoon issued a production warrant tasking the prosecution to arraign the listed suspects.

In a January 5, suit filed by Magellan Kazibwe & Co. Advocates, the NUP party prayed for the production of Bobi’s security aide Edward Ssebuufu alias Eddie Mutwe, Hassan Katumba, Mwijukye Lukman and Stanley Kafuko who were on Monday briefly granted bail and then immediately charged with 6 other offences and remanded instantly till January 19.

“Our clients were charged with 6 counts in the above matter on 4.01.2021 and this Honourable Court remanded them until 19. 01. 2021 because the time for court had elapsed. We still have instructions to apply for bail for all of them,” part of the production warrant reads. “In the circumstances,  we humbly pray for production warrants for all the 4 accused persons so that we apply for bail soonest,” another bit reads.

Yesterday in combined efforts from the NUP legal team and supporters, at keast dozens of the detained NUP supporters were granted cash bail worth UGX 100,000 and others 200,000. NUP supporters responded to an online call from Kawempe North MP hopeful Muhammad Ssegirinya who fundraised for the bailed out suspects and sorted their legal costs. The cash bail tactic is one of the weapons being deployed by the repressive regime to discourage supporters of NUP from getting close to their principal, Hon. Kyagulanyi Ssentamu. It depicts Uganda’s judicial system as a failed one that has already been hijacked and used as a political stage for the Junta rogue regime.