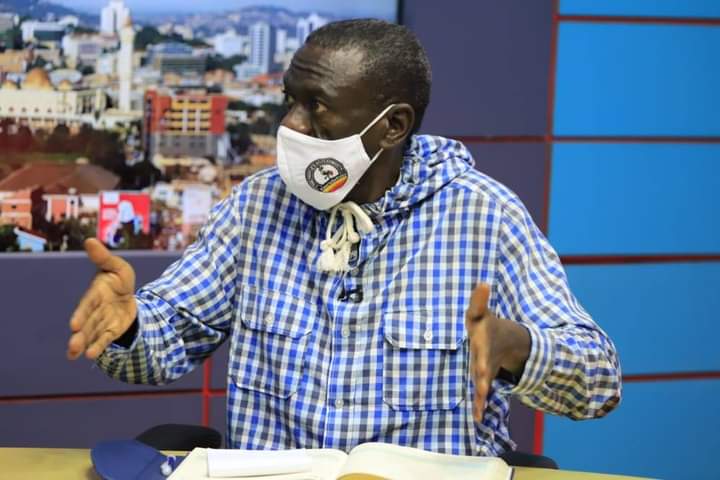 SOME EXCERPTS OF KIZZA BESIGYE PRESENTATION ON NBS MORNING BREEZE.

RELATED: Muhoozi should be in jail-Besigye

NJALA: We are 10 days to an election, how peculiar is this election from the four episodes where you have been a candidate?

BESIGYE: Well, there is nothing that makes it very peculiar, but I think what makes it different are the extent of what we are seeing.

First of all, an election as provided for by our constitution, the primary consideration of an election is freedom. An election must be conducted in conditions of freedom. That is why it’s called FREE AND FAIR ELECTION.

The freeness of an election comes out of freedom. That is the only election that is provided for by our constitution. The constitution doesn’t provide for any other election except a free and fair election.

Now, this particular election started in conditions that were far removed from being free. And frankly that is the very reason the election should never have been held because it’s not an election provided for by our constitution.

Therefore Mr. Byabakama should have advised government that my hands are tied – I cannot conduct an election that the constitution orders me to conduct and another solution should have been found.

We were in a lockdown and therefore, you could not conduct an election in a lockdown. An election starts one year before Polling. It doesn’t start on nomination.

NJALA: So this doesn’t pass a mark for an Election?

BESIGYE: Absolutely not. This is not an election that is provided for by our constitution. What we are seeing is some strange animal.

Candidates ordinary should consult. That is what the constitution and our laws envisage.

Let no body say we are in this situation because of COVID-19. Covid here reached in March 2019, but before Covid19, those who were aspiring started much earlier and the law allowed to consult but no body could consult around the country.

NJALA: Much earlier, you had indicated it was difficult to hold free and fair elections in 20121. Were you proved wrong?

BESIGYE: You see as a country we have unfortunately ourselves and our country very seriously because we treat fundamental challenges of our statehood very casually, and that is why we are going to land into very serious problems as a people, as a nation because we are very casual about our country Uganda. We are already paying a huge price.

If we were serious as country, we wouldn’t be where we are now. The permanent feature in all our elections has been Mr. Museveni. That is the problem.

The constitution never provided that Mr. Museveni should still be on the ballot paper.

All these problems we are facing will be traceable back to him as person exercising all power of the state.

All these problems including EC problems are traceable back to Mr. Museveni because he chooses an Electoral Commission not to conduct free and fair elections but to protect him in power.

All the illegal challenges faced by Electoral Commission stem from Mr. Museveni because he is the one who violates the law with impunity and he does so to protect himself in office.

Therefore, apart from lack of freedom during elections, we have generally the lack of Electoral Commission.

I hear people say the Police and Military have taken over the Electoral Commission, but it wasn’t there in the first place.

NJALA: But a Similar Electoral Commission has been managing elections you have participated in.

BESIGYE: Unfortunately, just like all other state institutions, every cycle of Elections has been degrading all state institutions. Every cycle, Mr. Museveni becomes more vulnerable because he has lost credibility in the country.

As Museveni’s popularity in the country slides, he must replace it with greater personal control of state institutions and use of illegitimate means to retain power.

The Aziz Kasujja Electoral Commission was more assertive than Badru Kiggundu Commission. Kasujja protested the involvement of Military in election and threatened to resign if the Army doesn’t get out of elections. He put it on record and we used that in the 2001 Election Petition in Supreme Court.