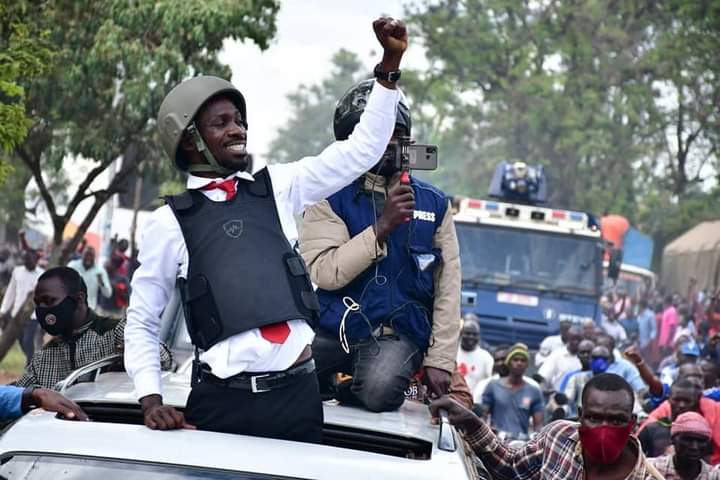 The NUP party presidential candidate Kyagulanyi Ssentamu Robert, 38, pledges to improve the ailing sector of the Bugisu sub region once he ascends to the top seat.

His pledge is inspired by the sorry state of the health facilities in Namisindwa district where healyh workers decry the under stocked medical equipment.

Speaking during his campaign meeting at Magale Town council, a playground on Wednesday evening Kyagulanyi, said most of the health centers in the district are in a sorry state with others lacking drugs which makes it difficult for residents to access efficient health services.

Kyagulanyi promised to ensure that all health centers are better equipped and well stocked with drugs once elected into power.

Earlier before his debut in Namisindwa, Kyagulanyi encountered a barricaded road block that split him from his campaign team after he and the EC escorts vehicle were the only permitted to enter into the district.

Moments later after the rally, two of Kyagulanyi’s press members who do online livestreams were arrested and whisked to an unknown destination. This is one of tbe strategies deployed by the repressive regime that intends to regulate the campaign coverage of the NUP party presidential candidate.