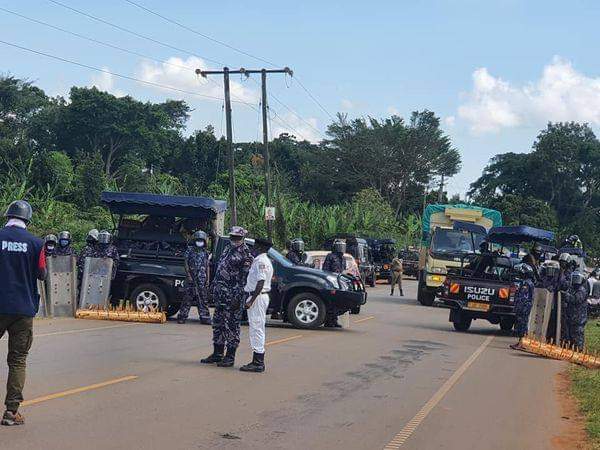 After nearly 30 minutes of a scuffle between the Uganda police force and supporters of the National Unity Platform party, only presidential candidate Kyagulanyi Ssentamu Robert aka Bobi Wine and his official Electoral Commission guards have been granted permission to proceed into Namisindwa district.

Kyagulanyi and his team encountered a police manned barricade that was instructed to bar all his aides from advancing into Busoga subregion. One of his press vehicles has been impounded by police on grounds that its windscreen is too deformed to be on the road.

Our sources have since learnt that the stand off stems from a fall out between Hon. Kyagulanyi and the EC boss Justice Simon Byabakama who wanted him to append his signature onto a Memorandum of Understanding that highlights the guidelines under which he is supposed to conduct his campaigns in the final days.