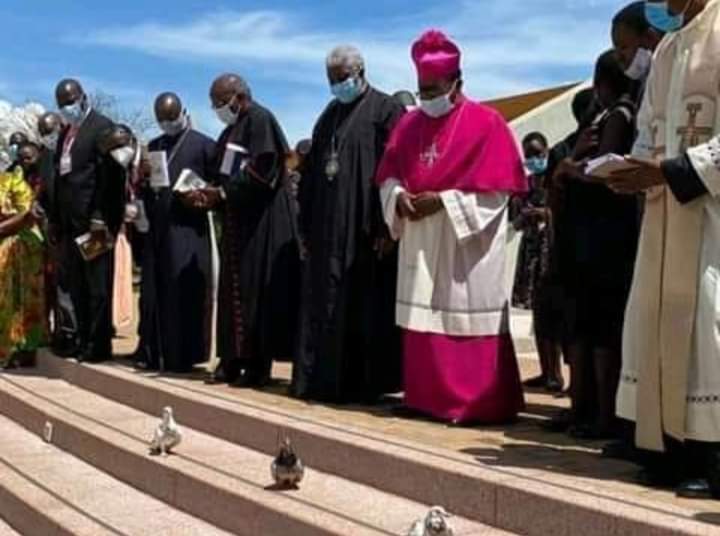 The Doves of Peace on Tuesday defied flying orders despite being set free by the Bishops of the inter religious council who wanted to call on Ugandans to maintain peace during the electoral process.

The Bishops and clerics held their prayer session at Namungona Pentecostal cathedral. Only the Anglican church Archbishop Dr. Steven Kazimba Mugalu shunned attendance of the three day event. Sources say Dr. Kazimba is protesting the Uganda Joint Christian Council statement which  calls for an end to the anomalies that could delegitimize the January 14th election and grant the incumbent an extra 3 years of rule.

The Bishops released the symbolic doves of peace but the birds refused to fly and just landed at the Bishops’ feet something that has left Ugandans amused. Even the NUP party presidential candidate Kyagulanyi Ssentamu Robert aka Bobi Wine commented about the scenario while appearing on Radio Ssimba airwaves last night. “The doves refused to fly because the clerics have turned a deaf ear to injustices,” Bobi reacted. “I expect the clerics to be reaching out to the families of the people who were slain by the regime during the November electoral clashes. There cannot be peace where injustices prevail,” he added.