OPINION: Entebbe airport is a public service for everyone 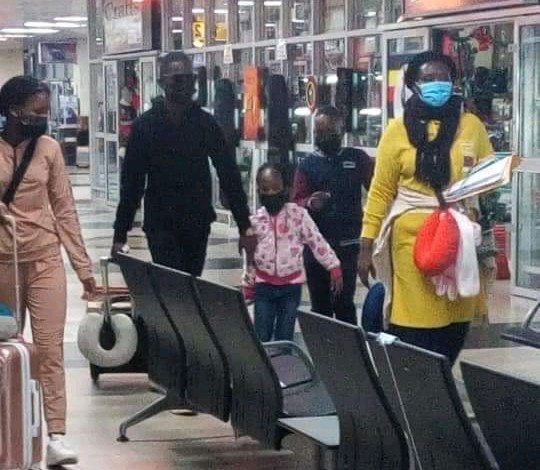 The NRA minions and propagandists have pounced on the family of NUP party presidential candidate Kyagulanyi Ssentamu Robert aka Bobi Wine following an invasion on their privacy by one of the airport officials who leaked out the photos for political motives.

First things first; as a Ugandan, Kyagulanyi and his family all have a right to access public services regardless of their political beliefs that dissent from the status quo. The constitution has no verse quoting Entebbe airport or any other public service as a privilege for only members of the ruling NRM party.

With a few days left to the polls, Kyagulanyi’s family has left the country without citing any reason but from a keen point of view, obviously it links to the unstable political climate of this country. Lately, there have been escalating brutality and threats directed at families of people who overtly support the NUP party. The Panda Garri days have replicated with security operatives raiding homes of NUP supporters and forcefully abducting them. A reliable security source intimates that over 1000 prominent supporters of NUP are being held in safe houses. With that background, Kyagulanyi is indeed brave enough to have tolerated the presence of his family in this country for this long. In fact, he should have let them go a year prior to his presidential ambitions. On record, Mr. Yoweri Tibuhaburwa Museveni kept his family outside Uganda for the entire 5 year period the NRA spent in the guerrilla movement.

Museveni as a person is the kind that can kill even a toddler. This has happened before. Statistics in the recent state sanctioned killings show that majority who were slain were aged between 18-30. A young boy aged 15 (Same age bracket with Bobi’s son, Kampala Solomon) did not survive the bullets. This shows that Museveni kills indiscriminately for as long as his bullets are not directed at his family members.

The exit of Bobi’s family at such a critical time alone shows his determination to lead the liberation cause. It should not trigger fuss from all NRM minions who are making noise over it. In the 1980’s, we all know how Tibuhaburwa sneaked his family to Sweden. In fact, all Ugandans who have the capacity to secure flights for their relatives should do so when they can. The importation of foreign mercenaries to man the polls, recalling UPDF troops from Somalia all communicates that even if Tibuhaburwa loses the polls, he will not negotiate a transition. But again, children do not vote so it is very important for Kyagulanyi to keep them out of the political spotlight given the repressive nature of this regime.