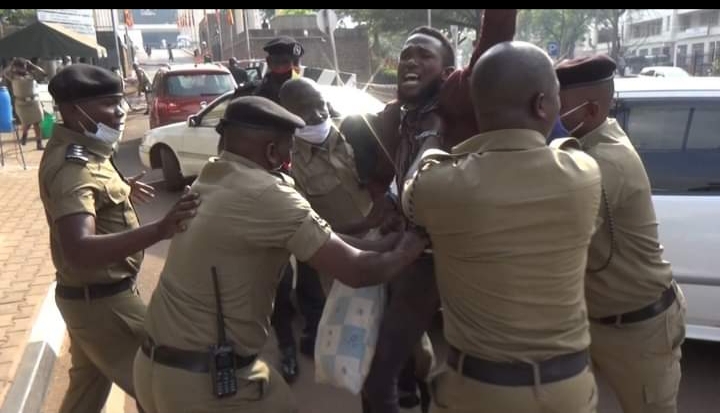 Sserunkuuma John Bosco aka Civilian, a prominent supporter and Nansana Lord Councillor aspirant of the National Unity Platform party has reportedly died in the prison cells of Kitalya prison.

Sserunkuuma was arrested and waylaid from his Nansana residence on November, 20 by soldiers of the Special Forces Command who found him in the still of the night as he was having a meal. Neighbours adjacent to Sserunkuuma’s Nansana home say he was arrested around 23:00hrs and bundled into a numberless Toyota Hiace van model which is commonly known as the ‘Drone’. Sserunkuuma was since then transferred to Makindye military barracks where he was incarcerated for about a month before he was arraigned in the court martial in the absence of his lawyers after an intensified social media campaign by NUP party supporters.

Sserunkuuma was then remanded to Kitalya prison on charges of possession of military stores. He was accused of having military pips and a red beret of the NUP party. His case was adjourned to January 4, 2021, and surprisingly he was never arraigned for trial. Sources say this was due to the torture he has undergone in custody at Kitalya. Even visits to Sserunkuuma are regulated and widely prohibited, an issue that has scared his relatives and lawyers. Credible information coming as of today indicates that Sserunkuuma reportedly breathed his last on December, 31 which explains why he was not produced in court. Given his prominence in the politics of Nansana, the state fears that the announcement of his demise could trigger protests which is why they have opted to conceal this news till the electoral season fizzles off.