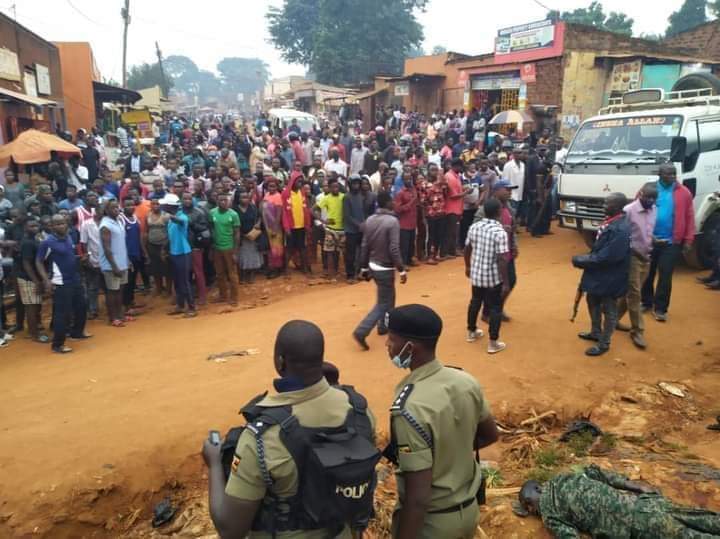 A frustrated soldier of the Uganda People’s Defence Forces has this early morning went on rampage and recklessly started firing bullets at civilians.

The heinous incident ensued in Ganda, Nansana, Wakiso district and the culprit has been identified as Lance corporal Omara Denis. Eye witnesses say Omara just started firing at the people with impunity before he was also put out of action by police. “At about 7am in the morning hours as people were going about their businesses, a soldier started shooting at people with impunity,” an eye witness accounts. “He afterwards fired at his colleagues; two LDU personnel, a police officer and a civilian before he was also shot,” he adds.

By the time of filing this report, the UPDF through the office of the spokesperson, Brig. Flavia Byekwaso had confirmed the incident and indicated that they have commenced their investigations into the motive behind the shooting. “We are investigating an unfortunate incident this morning, 11/01/2021, where one of our soldiers, L/Cpl Omara Denis has shot and killed two Local Defence Unit personnel, one civilian and one police special constable (SPC) at Ganda, Nansana municipality, Wakiso district,” reads part of the statement. “The culprit was also gunned down in self defence and to stop this wanton action,” another part reads.