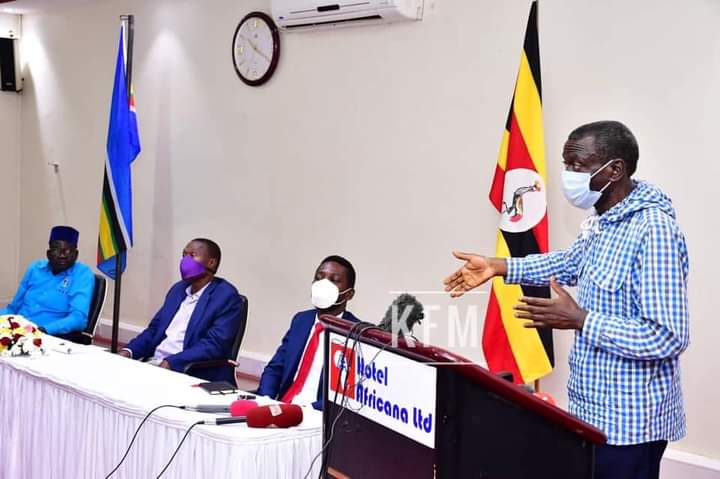 Four time presidential candidate Rtd. Col. Dr. Kizza Besigye has this morning met all the 2021 presidential candidates at Hotel Africana in the capital, Kampala. In his submissions, Dr. Besigye confessed that for all the time he has been a candidate, never has he seen repression of great magnitude as the one imposed on Bobi Wine and other opposition candidates like FDC’s Amuriat.

“I have been a presidential candidate four times but the violence in this election is unprecedented, but I congratulate the players for having weathered the storm and campaigned despite all the repression they met,” Besigye said.

He however rallied all candidates to do all it takes to deny the incumbent president Museveni a chance to raise the required 51%. He says if this is achieved, in case of a rerun they can join efforts behind the strongest candidate who is Bobi Wine. “The trick is not to let Museveni get 50% of votes cast on thursday. If he fails to get that 50%, he’s out of office automatically because, other presidential candidates will rally behind one candidate with the highest votes,” Besigye says.

Bobi Wine who also addressed the nation asked the EC chairperson justice Byabakama to respect the will of Ugandans or else he will be to blame in case the country drifts into mayhem.

“To Mr Byabakama and the team, you know what a bad election can do to this country. If you mismanage this election, it will be upon you forever. The people of Uganda aren’t going to accept any illegality anymore,” Kyagulanyi said.