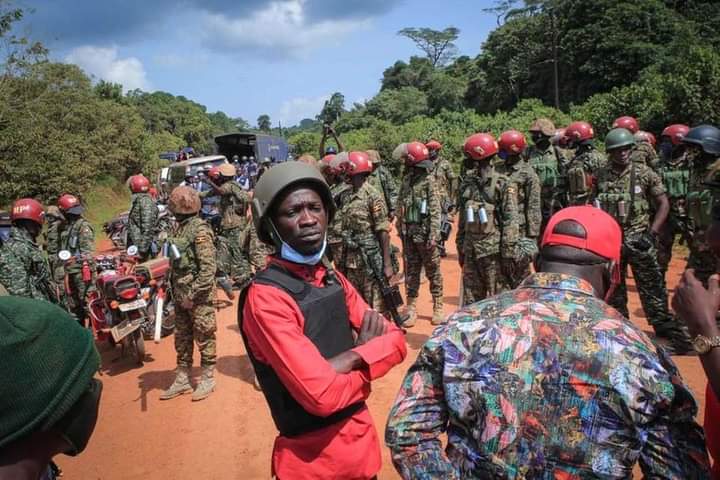 The National Unity Platform presidential candidate told Hot 96 FM that the military was attempting to break into his compound and his security team was being assaulted.

“So I am sorry even right now as we speak, we are being raided by the military. I have to end the interview because I can see soldiers beating up my security guards. I have to go down and give it attention,” he said.

Speaking on the Hot Breakfast show that is hosted by Jeff Koinange and comedian Professor Hamo, the Ugandan politician however exuded confidence that he will oust long serving President Yoweri Museveni.