VIDEO: Heavy deployment in Kampala ahead of voting date 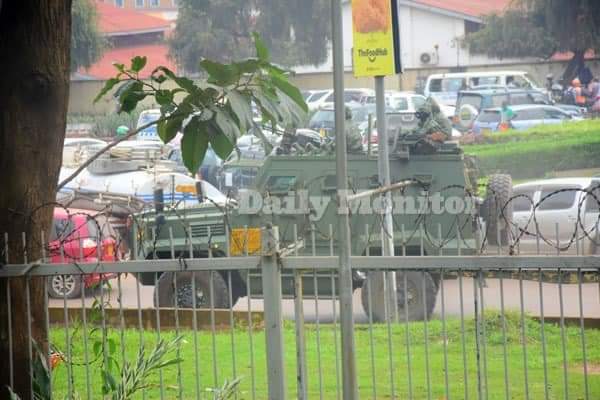 As Ugandans brace for the looming general elections, the incumbent government led by president Yoweri Tibuhaburwa Museveni has beefed up security in urban areas believed to be the epicentres of the National Unity Platform party presidential candidate Kyagulanyi Ssentamu Robert aka Bobi Wine.

The whole of today, helicopters and military choppers have been hoovering all over the skies of the capital, Kampala and Wakiso district.

The deployment has also been backed by foot patrols of soldiers and Local Defence Unit personnel comviny through the major streets to ensure that no single supporter of NUP is seen on the road.

In this video seen by our reporter, a platoon of armes soldiers are seen patrolling the downtown Kampala street in what appears to be a warning message to supporters of the opposition who may contest the results from the Electoral Commission.