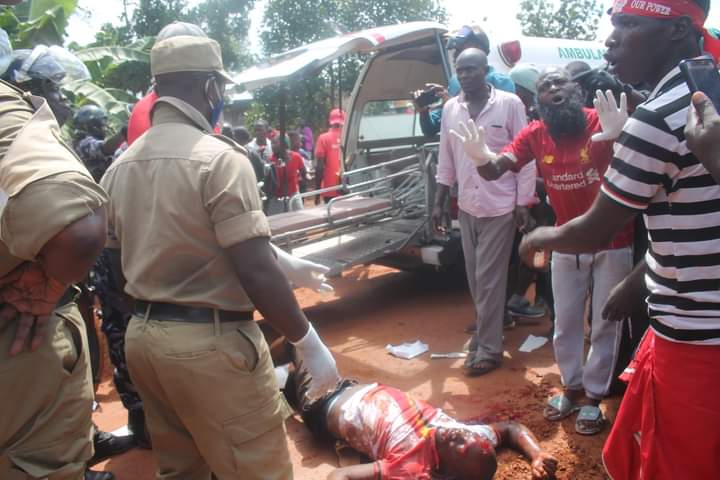 Eye witnesses say the deceased, Aliouji Boy aged 19 and Baatio Sofi aged 23 were trailed right from their homes till they were killed by police officers in unifirm.

Sources who asked not be named say all this was done on the command of the District Police Commander a one Rugaza Abey. “The DPC ordered for their shooting,” a source says. “We all ran away from danger in fear of being shot for asking,” he adds.

The Obongi District Coordinator Mr. Lagu Patrick says he escaped narrowly after being tipped off by some of his colleagues who had learnt that he was  being witch hunted.

As Uganda goes to the polls, police and armed have intensified the crackdown on NUP supporters countrywide. Majority are languishing in incarceration while others are held in safe houses incommunicado. No police official had commented on the tragedy by the time we filed this report.