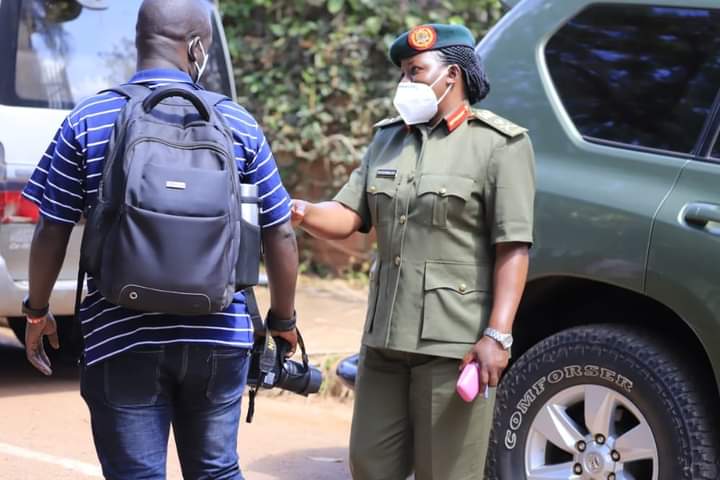 The spokesperson of the Uganda People’s Defence Forces Brig. Flavia Byekwaso has deleted a late night tweet she reportedly published calling on regiment commanders to urge their juniors to ‘shoot to kill’ people clad in red.

The tweet which is making rounds on social media platforms implicates Brig. Flavia Byekwaso instigating violent and partisan conduct from the soldiers who are meant to offer security to the lives and property of Ugandans.

“We call upon all regiment commanders to tell their juniors to be on standby. The new orders from the Commander in Chief, Gen. Yoweri. K. Museveni is ‘shoot to kill’. Don’t allow anyone in red to roam about the streets. Shoot on sight!,” Brig. Byekwaso tweeted on January, 12 night at 23:10 hrs as per the trending screenshot of her tweet.

By Wednesday noon, the tweet pulled a backlash from Ugandans who dispelled it as a fear mongering publication that intends to destabilise the country. With that counsel, the spokesperson has deleted and disowned the said tweet saying it is not from her handle depite possessing a verification blue tick.