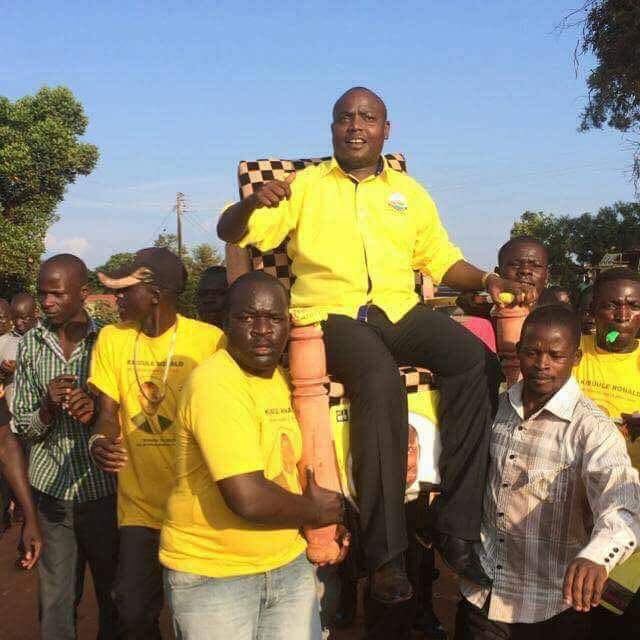 State Minister for Water and environment Hon. Ronald Kibuule has had his guards forcefully withdrawn following his attempted abduction of the Mukono district returning officer.The embattled Minister had colluded with his VVIP body guards to storm the Mukono district tally centre and manipulate the results that were favouring the NUP candidate who was leading him “One of the boys says they were each given shs 20,000 by the Minister himself to aid his rigging. Some were even fixed in the registers to vote even though they weren’t voters but NUP still won.”The coordinator adds that Kibuule further colluded with his personal guards with SFC backing to raid the district tally centre. He abducted the district returning officer and tried coercing him into declaring false results,” a witness we spoke to says.”However, the Mukono DPC was alerted and he swung into action to rescue the embattled returning officer. All Kibuule’s SFC guards were arrested the witness adds.We have since learnt that even the VVIP guards at his residence have been disarmed to avert the Minister from causing more trouble.
See Also We demand Byabakama and his EC to declare the rightful winner