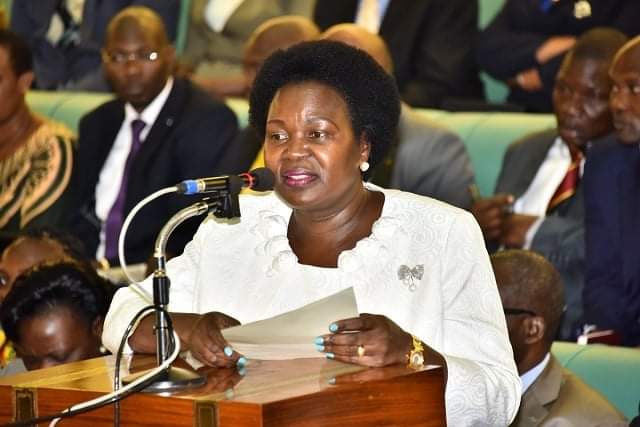 Nankabirwa had turned the Kiboga seat her lifetime jon and it is claimed that she could not even allow anyone to rise and challenge her for the slot. She has been the Woman MP for Kiboga District for 26 years un interrupted.

The controversial Nankabirwa is remembered for having told the opposition Members of parliament to buy their coffins before trying to block the change of the age limit that later allowed President Museveni to stand for another term. Sources close to her say she is not in perfect shape. The outspoken regime darling is said to be crying since she learnt that she had lost the polls. Her relatives say she has for the past days cursed NUP and its leader Kyagulanyi Ssentamu Robert aka Bobi Wine for killing all her dreams of being the speaker of the next parliament. “She has refused to eat a meal for the past 2 days,” a house aide says. “All she keeps saying is ‘I can’t believe this. Bobi Wine has rendered me unemployed’,” adds the aide.