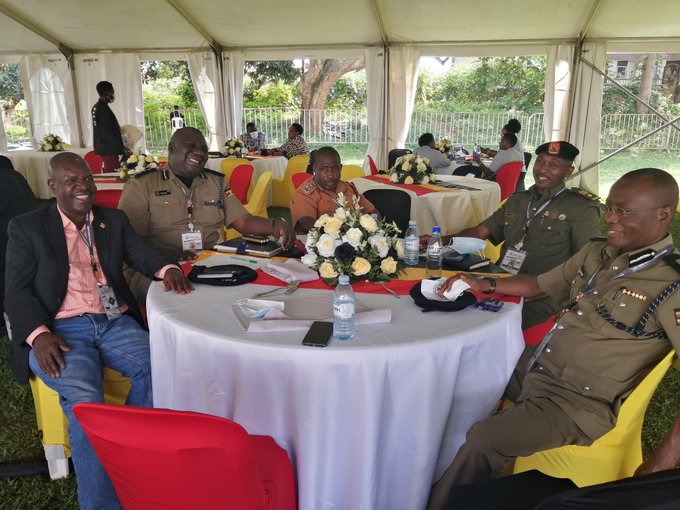 Through his verified Twitter handle, the motormouthed regime praise singer posted a photo of himself and top security chiefs chatting and celebrating the successful rigging of the NUP party presidential candidate Kyagulanyi Ssentamu Robert aka Bobi Wine’s victory.

Although the laws clearly prohibit Ofwono from presenting himself at the National tally centre of the Electoral Commission, the self styled political analyst has not shied away from sharing the controversial photo. Even the members of the armed forces who are seen with Ofwono at the tally centre are restricted from indulging in partisan politics.

Opondo has been a sworn hater of the People Power movement and its leader and has always posted controversial statements about the person of Bobi Wine.