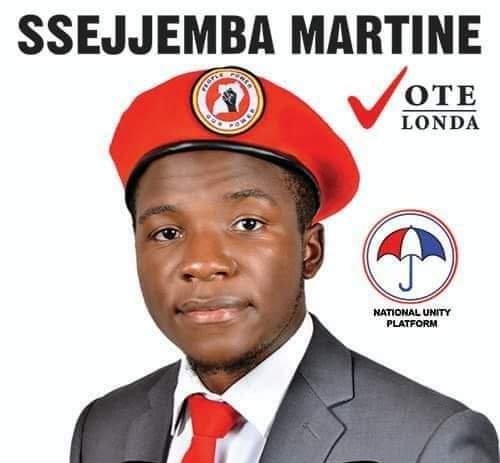 Just like they say wonder never end, the newly elected Mpigi district chairperson has wrote his own page in the history of that jurisdiction after emerging victorious in the Council polls. By Wednesday night, it had been confirmed and rubber stamped that Ssejjemba Martine of the National Unity Platform party was the new Mpigi district LC5 Chairman.

The 28-year-old trounced his three opponents who qualify to be his fathers and these included the incumbent and former Member of Parliament for Mawokota North constituency, Peter Clever Mutuluuza.

Ssejjemba became the first person from the opposition party to win the Mpigi district Chairmanship, which NRM has held for over 20 years. Credit has been given to the NUP party leader Kyagulanyi Ssentamu Robert aka Bobi Wine, a musician turned politician who has inspired his young generation into politics. Several young people were inspired into the game of politics after borrowing a leaf from the 38 year old popstar who came to the political scene just 3 years ago.