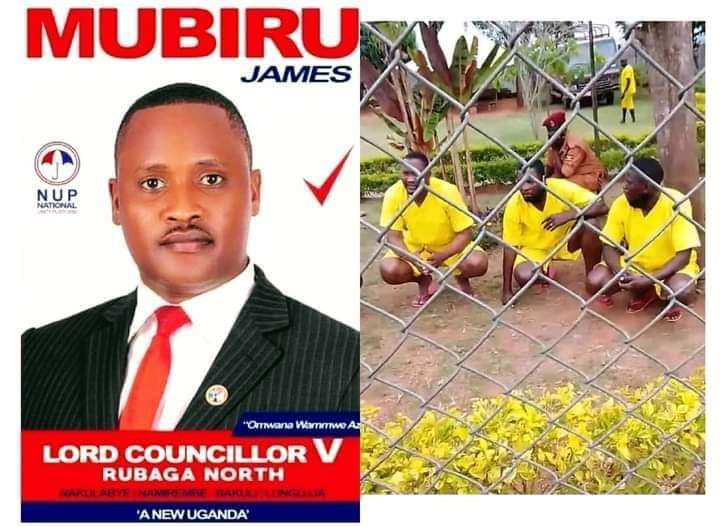 On Wednesday evening, voters were left in total shock after candidates of the National Unity Platform party massively defeated their counterparts despite not spending much time on ground as majority were arrested and others abducted.

Among thede includes Mubiru James of Rubaga North and Sserunkuuma John Bosco who have both spent their entire campaign time languishing in incarceration during the entire campaign period.

Despite being behind bars, Mubiru James scored 8158 votes aganist his close competitor Galukande Christopher of the Forum for Democratic Change party who scored 1590 votes to emerge winner for Lord Councilor Rubaga North lll.

On the other hand in Nansana, Sserunkuuma was declared victor by the electorate after winning at every polling station. “We had vowed to vote for him even if he was dead,” Nambuya, a voter at Gganda says. “We are tired of seeing our people being oppressed for their views,” she adds.

Sserunkuuma remains incarcerated in Kitalya prison where he has been confined for the past 3 months on charges of possession of military stores after he was reportedly found with NUP red beret and overall attire. Mubiru on the other hand was arrested in Mbale a few weeks back as he accompanied Hon. Kyagulanyi Ssentamu Robert aka Bobi Wine to his campaign rally in Namisindwa district. By the time of filing this report, this site had learnt that Mubiru was on the verge of being released on court bail.