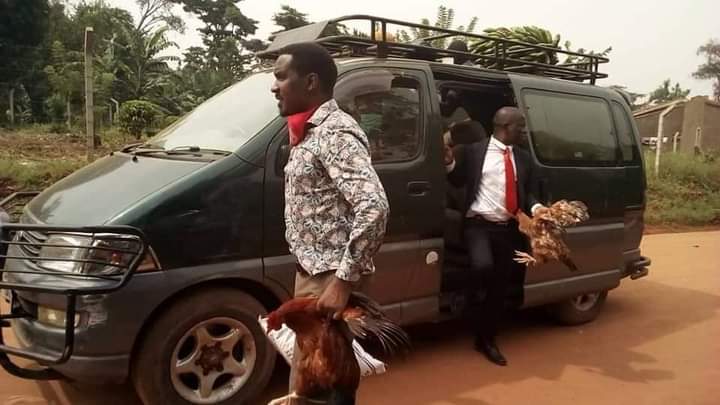 The two legislators have not been granted access to Bobi Wine who remains confined in his Magere residence for the 8th consecutive day. Both Ssewanyana and Ssegirinya had carried food items and basic daily essentials for Hon. Kyagulanyi but the police and military could not permit them to cross past the installed road barricades.

Our reporter on ground says other youth groups that had attempted to march to Magere have been blocked and some arrested violently. “One team that marched from Kasangati was dispersed violently with teargas and live bullets. Some people were arrested in the scuffle but I can’t ascertain the number,” our reporter says. “MP Ssewanyana and Ssegirinya were asked to leave or risk being arrested. No media house was permitted to cover anything. Your gadget risks being vandalised or confiscated if you are seen covering what the military is doing,” our reporter adds.

Residents say they cannot conduct their daily businesses because clients fear to be arrested by the mean looking security forces. “I operate a boutique but I was forced to close because the customer turn up shrinked,” Namukasa Vicky says. “I have to endure redundancy till the situation normalises,” she adds.

On Thursday afternoon, lawyers of NUP led by Busiro MP Medard Sseggona filed a suit seeking a court injunction against the uninvited security deployment at Bobi Wine’s home. Court is yet to give a verdict on the matter on Monday next week.