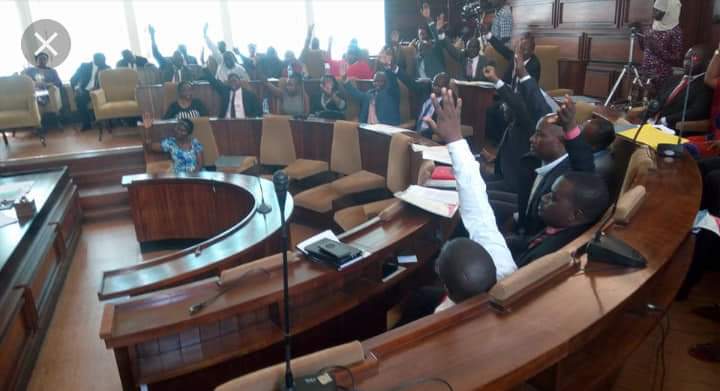 The National Unity Platform (NUP) has had a triumphant political start after results showed that it will dominate the Kampala City Hall in the upcoming five-year term.

This follows the fact that 99% of the Lord councillor-elects come from their party. According to declared EC results from the various returning officers in the Kampala areas, NUP won 41 out of the 44 seats for both directly elected and woman councillors at City Hall.

NUP won 11 positions in Makindye, 9 in Nakawa, 10 in Lubaga, 3 in Kampala central and 8 in Kawempe Division. The remaining three seats were taken by Forum for Democratic Change (FDC) candidates who include; Kampala Deputy Mayor Doreen Nyanjura retained her seat for the Makerere University woman councillor, Micdad Muganga who contested for the Makerere University lord councillor position and Namazzi Olive who contested for Nakawa A.

The results meant that the ruling National Resistance Movement (NRM) party and the oldest party in Uganda Democratic Party have no candidate in the next council. This also means that re-elected Kampala Lord Mayor Erias Lukwago who was sponsored by the FDC will preside over a council dominated by NUP members.