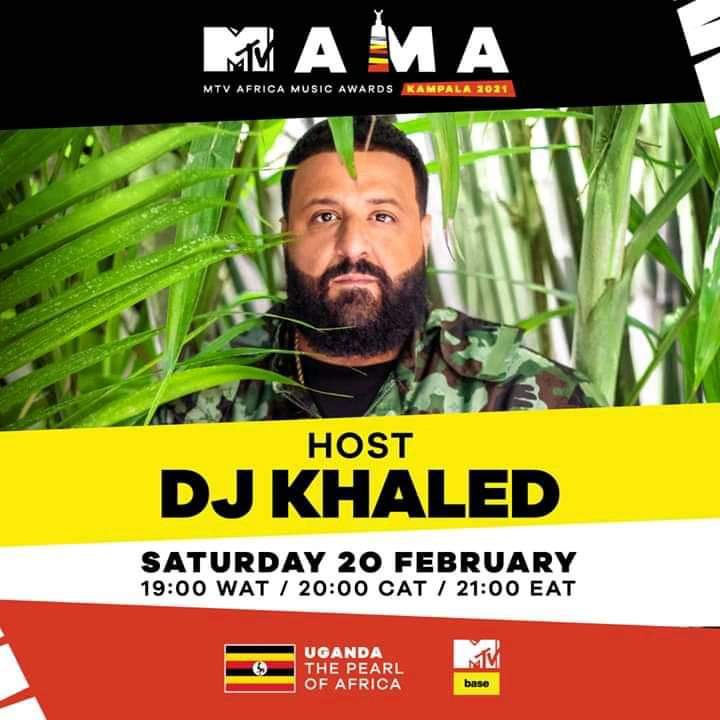 US based renowned entertainment guru known by his stage name ‘DJ Khaled’ has been forced to put down his Facebook post and tweet announcing the looming music event dubbed ‘MTV Mama’ awards. DJ Khaled had been anointed as the mega eveny show host and he was to do this virtually right from his living room.

The ‘We the best’ label proprietor had a few days ago shared social media posts confirming that he was to virtually host the Kampala event. These posts gained traction after Ugandan social media users retaliated with ridiculous comments asking him to retreat from taking part in the show slated for February 20. “Our country is bleeding. We don’t have anything to celebrate yet when @BobiWine is under houss arrest,” one tweep commented on DJ Khaled’s post. “We are living in total dictatorship. Museveni’s repressive regime has gravely abused people’s rights and freedoms,” another commenter said.

The posts directly tagged DJ Khaled which perhaps compelled him to retaliate with bringing them down. By Sunday morning, both his Facebook ans Twitter posts were flagged down but uncertainty remains on whether he will boycott the offer as tasked by Ugandan activists who believe that a citizen from a country that respects rights may in solidarity downplay the offer from a 3rd world dictatorship like Uganda. 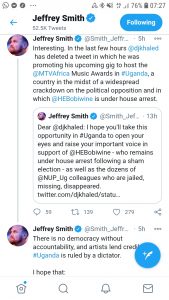