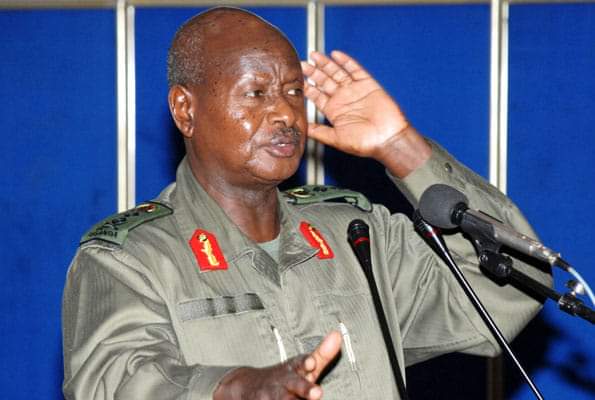 President Yoweri Tibuhaburwa Museveni has taken a swipe at his major challenger in the just concluded polls, Hon. Kyagulanyi Ssentamu Robert aka Bobi Wine of the National Unity Platform party.

Museveni says as the NRA, they have all the forces to totally take down Hon. Kyagulanyi should he insist that he won the concluded elections. Museveni, whom according to the EC garnered 58.4% of the total votes compared to Kyagulanyi’s 34.8% as per the results declared by the Electoral Commission chairperson justice Simon Byabakama says he will do all possible to protect his sixth term. He warned Hon. Kyagulanyi to either concede defeat or be dealt with the NRA way.

“If you compete and lose and then you say you will take power through other means other than the election, that won’t happen here in Uganda and it will not take long to sort out. We sort out such rubbish the NRA way,” Yoweri Museveni barked while commenting on the deployment at Kyagulanyi’s residence in Magere, Wakiso district. “We will bring down whoever wants to destabilise our peace. We have enough space to accomodate for millions of prisoners,” he warned.