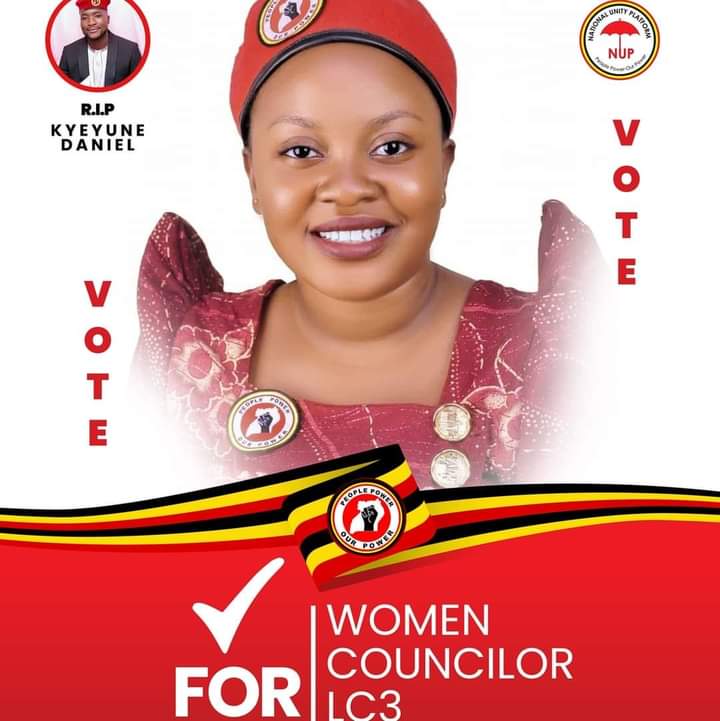 News coming in from Nakulabye indicates that Ms. Betty Kyeyune, the widow to the slain Dan Kyeyune has massively trounced her opponents to emerge victor in the just concluded Local Council polls.

Mrs. Kyeyune came under the National Unity Platform party ticket something that even made her more grounded than her opponents. Voters who spoke to this site say that her victory was a reserved tribute to the fallen Dan Kyeyune whose life was cut short by a trigger happy Local Defence Unit personnel in Nansana as the People Power entourage led by Hon. Kyagulanyi Ssentamu Robert aka Bobi Wine returned from tje burial of Ritah Nabukenya, another supporter who had been knocked dead by a police patrol vehicle in Nakawa a day prior. “We voted for her in consolation of the soul to our fallen brother, Dan Kyeyune,” Matovu Charles, a voter says. “This is the only way we can pay our brother for the sacrifice he took. We feel his wife didn’t even deserve to face an opponent because the seat was already preserved for her,” he adds. Another elderly resident spoke of Mrs. Kyeyune as an exemplary mother who befits the position of leading the Nakulabye community.

Relatedly, the wife to the incarcerated renowned artiste, Buken Ali alias Nubian Li, a one Mutoni Gloria has also reportedly trounced her opponents to won the Kyanja parish seat.